The Radical Passion Economy of Wikipedia: An Interview with Anasuya Sengupta 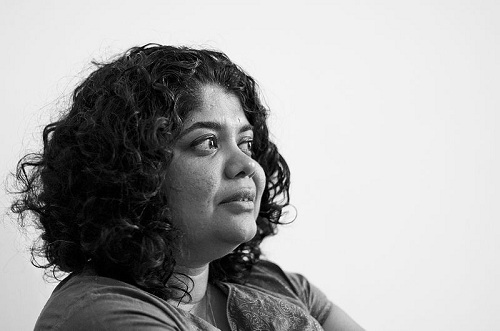 Editors’ note: NPQ is mildly obsessed with Wikipedia and the Wikimedia Foundation that supports it, so when we were given the chance to interview one of the newest members of their leadership team, we jumped at it. Anasuya Sengupta is senior director of grantmaking at the Wikimedia Foundation, and her reasons for being there have everything to do with the foundation’s mission: “Imagine a world in which every single human being can freely share in the sum of all knowledge. That’s our commitment.”

The Wikimedia Foundation provides the infrastructure for the twenty-first-century phenomenon Wikipedia, and its mission is almost inconceivably radical: it means to empower and engage people around the world to collect and develop educational content on a voluntary basis, and to globally distribute that free of charge. The distribution aspect of that charge, by the way, is anything but passive posting of material. Anasuya Sengupta says that the work is underwritten by a “passion economy” that flows from the community of Wikipedia’s participants.

Sengupta is Wikimedia’s new senior director of grantmaking, and she comes to the organization with a rich background in activism, primarily in the global south. Her work has addressed violence against women and children and religious and cultural fundamentalism, among other things. She has also participated in movement efforts to build women’s leadership on a global level. She eventually made her way to the United States and to Global Fund for Women—and that, she says, was her first real taste of international philanthropy and human rights grantmaking.

So why is she now at the Wikimedia Foundation?

Her answer is stark, and it has to do with who defines reality: “When I look at all the activism that I and my comrades—my sisters—have done around the world, I think to myself, “What is the outcome of that activism if every day a young man or woman looks up a Wikipedia article and finds a singular worldview that is not theirs or that is biased against them in some way? What happens when a young woman looks up rape or abortion on Wikipedia and doesn’t find the information she needs? How radical is turning that around?”

“I think it’s important that information resources become much more diversely accumulated and distributed,” says Sengupta. “At the same time, I would like to see non-English content grow, and I’d like to see diversity in that content grow. So when people talk about access, I don’t think of it as a unidirectional thing. One of the most amazing things we do at the Wikimedia Foundation is support a program called Wikipedia Zero, which aims to get Wikipedia freely available on mobile phones in places where it’s hard to access the Internet—across Asia, across Africa. It’s a fascinating and wonderful thing to do. But, for me, access is not just about giving to communities in Asia and Africa and Latin America—it’s about getting knowledge from communities in Asia and Africa and Latin America.

“So, just as an example, there is a woman I admire greatly, Myrna Cunningham, an indigenous leader from Nicaragua with whom I’ve worked in the past. It’s not just enough to get the English Wikipedia or the Spanish Wikipedia as it exists to Nicaragua; it’s important that the lives and the work of people like Myrna are represented—the knowledge about them is represented—on Wikipedia and our projects. This seemed an important opportunity to develop a diverse community built around liberating knowledge”

Sengupta believes in building movement and community around the work that needs to be done. She says, “At some point, executive editor of Wired Magazine, Kevin Kelly, said that Wikipedia was impossible in theory but possible in practice. And in some ways, if you think about it, social justice and equality are also impossible in theory but possible in practice. So how do we get there? Through collective will and effort. Wikipedia, in particular, gets there through this extraordinary worldwide community of volunteers: 80,000 volunteers at any given time build Wikipedia and its sister projects, in over 285 languages. It is the world’s largest collaboratively edited project online.”

Sengupta understands that she is in an unusual and not particularly stress-free situation, as the processes of the organization and society at large struggle with core questions of accurately and collectively recording human knowledge and with governance of the place that seeks to underwrite that task. And, to further complicate the picture, “The Wikimedia Foundation is both an organization but also the key site of a movement. It is both a grantor and a movement actor.”

As Sengupta explained, the role of the grants is to seed and support projects that will expand both community and content on Wikipedia and its sister sites. For instance, some Wikimedians have a special relationship with what Sengupta calls “GLAM institutions” (galleries, libraries, archives, and museums). “Most lay people might think of these GLAM institutions as stuffy and uninteresting,” she says. “We think of them as enchanting and right at the core of our work. So we want to support our members going into libraries and archives and working on liberating content—working with galleries and archives to make that content freely accessible to people on Wikipedia and its sister projects. We supported a Wikimedian to work with the Smithsonian to explore releasing Smithsonian content for Wikimedia projects, for example. And she worked with Smithsonian curators who were interested in building up Wikipedia content on women scientists. So we are helping a range of people all working together in multiple ways to build free knowledge.”

Sengupta says that the Wikimedia grantmaking processes are still being experimented with but that they are specifically intended to reflect the organization’s commitment to the principles of participation, transparency, and accountability. Each grant proposal, for instance, is online and free for anyone to view. So, you can look at a grant proposal that is currently being discussed. There are decision-making committees made up of community members, but “you or I, if we were ordinary people strolling by the Internet on a fine day and wanted to look at what kind of grants Wikimedia Foundation was giving out, could comment on any proposal.” According to Sengupta, much of the past year has been about understanding what participation in grantmaking means within “a large global movement that is so highly opinionated as the Wikimedia movement is.”

Sengupta sees herself as living in something of a feminist tension or contradiction, because on the one hand she is building a community with explicitly inclusionary intentions but on the other she struggles with the fact that “if we look at female-related content on Wikipedia, we know that just one in ten on average of contributors to Wikipedia are self-identified females, which means we are truly losing out on an immense part of human knowledge. So, I live both those pieces in myself as a feminist, as an activist, as a grantmaker—and that offers both extraordinary challenge and extraordinary opportunity. I believe the movement appreciates the fact that I come in with these politics, and that offers me the opportunity to use them in a way that amplifies diverse voices, that amplifies pluralism, because that has been so much a core of the work I do. There is still such a long way to go, but this leg of the journey is fascinating.

“It’s all so messy and democratic. Remember, we on staff have no editorial control whatsoever. We cannot tell any editor in the world, nor do we wish to, what to write on Wikipedia. When I, as a staff member, edit Wikipedia, I do so on my own free time, because one of the tenets of Wikipedia is that you do not pay for content and editing. So I do it as a volunteer, and so do all of us at the foundation. But if you think about that—if you think about the extraordinary complexity of who writes and what they write about, and then the enormous, extraordinary, radical potential of what more could be written about, we have one heck of an agenda before us.”

Anasuya Sengupta is Co-Director of Whose Knowledge?. She has led initiatives in India and the USA, across the global South, and internationally for over 20 years, to amplify marginalised voices in virtual and physical worlds. She is the former Chief Grantmaking Officer at the Wikimedia Foundation and a 2017 Shuttleworth Fellow. She received a 2018 Internet and Society award from the Oxford Internet Institute. Anasuya holds an MPhil in Development Studies from the University of Oxford, where she studied as a Rhodes Scholar. She also has a BA in Economics (Honours) from Delhi University. When not rabble-rousing online, Anasuya builds and breaks pots, takes long walks by the ocean and in the redwoods, and contorts herself into yoga poses.

More about: ActivismManagementManagement and Leadership