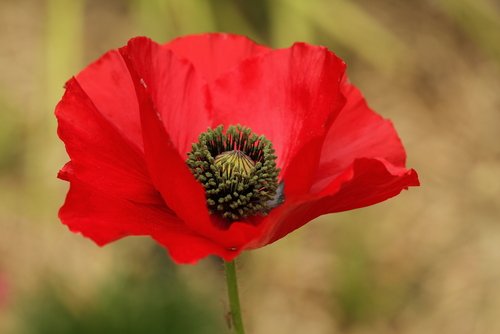 The Clifton Suspension Bridge over the Avon Gorge in the historic West Country port of Bristol is a spectacular icon of Victorian engineering. But the adjacent cliffs are, sadly, a notorious suicide spot, and the recent discovery there of the body of an elderly woman has led to something of a convulsion in the charity fundraising industry in the UK.

Olive Cooke, aged 92, was a stalwart of the military charity the Royal British Legion, turning out every November for the last 76 years to sell the poppies that people wear to commemorate the end of the First World War and the servicemen and women who have died since then. Her first husband was killed in the Second World War. Last year, she gave an interview to the local newspaper about her charitable work, which included 27 regular payments to charities, and showed the reporter the 267 postal requests she had received from charities in a single month.

When the national newspapers looked into the story of her death, they found friends and relatives willing to say that the pressure of charitable requests had been a factor. In the context of the current anti-charity strand in British public life, most of them then ran stories including varying levels of criticism of charity fundraising. The Daily Mail went furthest, declaring on its front page that Cooke had been “hounded to death.”

When the Mail speaks, No. 10 Downing Street often takes notice, and within days the Prime Minister, David Cameron, released a statement recalling that Cooke had received a Points of Light award—a government scheme for recognizing public-spirited citizens—and saying he hoped the Fundraising Standards Board (FRSB) would look into the case. The FRSB had already expressed concern and, prompted also by the 300 complaints it had received from other people about excessive charity mailings, duly announced an inquiry.

By this time, the dead woman’s granddaughter had given a long interview saying that she had been ill, depressed, and unable to sleep well, and that the mail mountain had not been a factor in her death. This story, however, was not as widely used as the first one. An inquest has now been opened and adjourned, and in due course there will be a formal judicial account of Cooke’s death.

But the hare is now running: Whatever the merits of this individual case, it has brought to the surface a pent-up stream of concern and complaint. Everyone knows that charities send too much direct mail and phone people too much, but hitherto there has been no single catalyst to ignite this kind of national debate. Valerie Morton, a lifelong fundraiser and trainer, wrote an article for Third Sector saying that she hears complaints everywhere she goes and that the industry has got the balance wrong. Libby Purves, a well-known columnist in The Times of London, concluded that “big charity has become a monster.”

Senior fundraisers at the big charities seem quite shaken and, far from sticking their heads in the sand, have accepted that there is a case to answer and that the UK’s system of self-regulation of fundraising, set up nearly ten years ago, faces its most serious test so far. Tim Hunter of Oxfam is a good example. A law passed in 2006 gives the government the power to set up a statutory system of fundraising regulation, but no administration has yet seen fit to activate this. Instead, a self-regulatory system has been created in which the FRSB is the final adjudicator on complaints, using a code of practice drawn up by the trade body, the Institute of Fundraising (IoF), with input also from the Public Fundraising Regulatory Association, which regulates street and doorstep fundraising.

The FRSB has nearly 2,500 members, representing about half of all the money raised by charities in the UK, and the system is gradually becoming established. But it has been dogged by rivalry between the FRSB and the IoF, and critics refer to the complexity of the arrangement as an “alphabet soup,” incomprehensible to the public. A programme is in hand to rationalize and streamline relationships between the three bodies concerned, but in the absence so far of concerted political pressure, progress has been desultory.

The Cooke case, however, may in due course lead to the increase in political interest that could produce change, both specifically in relation to direct mail specifically and generally in relation to the regulatory system. Chris Grayling, Leader of the House of Commons and a hard man in the recently-elected Conservative government, has declared that it will “bring forward measures to address the issues” raised by the Cooke case, and this week (beginning June 1st) the fundraising bodies have been called in to see the charities minister, Rob Wilson.

The odds are that fundraisers will pledge to take decisive action for change under the self-financing, self-regulatory system and that the government will not legislate or introduce a statutory system—not least because of the public expense that would involve. Attention is already focused on three main issues, the most significant of which is probably the selling and swapping by charities and agencies of lists of donors who have not ticked the box to opt out of third-party referrals. The second issue is how easy or difficult charities make it for people to find, understand, and use the opt-out boxes. The third concerns the frequency of mailings: Some politicians have already proposed limits, but fundraisers are resisting this as impractical.

If charities can take convincing action on these fronts, with or without changes in the crucial Code of Fundraising Practice controlled by the IoF, the agitation may soon die down. But lurking in the background is a European Union proposal to enhance data protection with a general rule that would prohibit direct mailing without a specific opt-in decision by individuals, as opposed to the current positions where they are regarded as opted-in unless they specifically opt out. A recent report by Medialab outlined the implications. All in all, there is a lot a stake here for UK fundraisers—so watch this space. 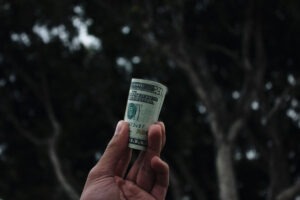