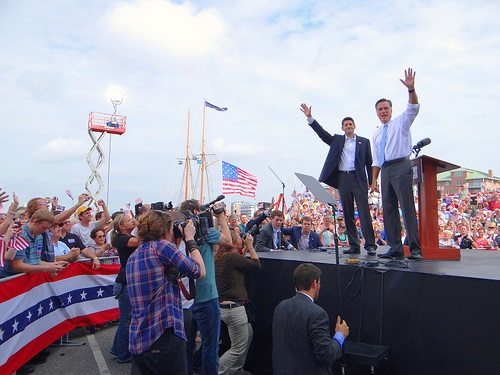 The latest semi-super primary has passed, with establishment Republicans such as Kentucky’s Mitch McConnell overcoming Tea Party challengers bent on replicating the performance of their predecessors such as Delaware’s Christine O’Donnell to lose Senate and House seats that ordinarily a mainstream Republican might have won.

But Republicans, establishment types as well as Tea Partiers, have pursued policies that seem destined to lose to Democrats in general elections, particularly their avoidance of any policies that would put them in better stead with blacks and Latinos. Writing for the New York Times, Thomas Edsall explores the basis for Republican thinking that the party can win based on white turnout—its “white strategy” for winning in 2014 and potentially in 2016.

Edsall notes three studies, including one by the Public Religion Research Institute that NPQ has cited recently, that suggest that whites are very uncomfortable with the demographic changes of the U.S. that will lead to a majority-minority population in less than three decades. The presumption is that these demographic changes will evoke even more explicit and implicit racial bias on the part of whites, leading to whites voting for Republican candidates in larger proportions than they did in 2012, when Mitt Romney won the white vote over Barack Obama by 59 to 39 percent.

To transform the hostility of whites toward this demographic shift into increased white turnout for Republican candidates, Republicans might have to pursue a strategy that works “to intensify white suspicion of and hostility toward minorities and immigrants.” While not endorsing that kind of political behavior, Northwestern University doctoral candidate Maureen A. Craig and psychology professor Jennifer A. Richeson, the authors of one of the studies, note that their experiments revealed that exposing whites to information about their approaching minority status in the nation could lead to more suspicion and hostility to minorities and potentially lure even moderate whites to support Republicans.

Election experts are divided as to whether the “white strategy” could work. Republicans who believe it is important to reach out to people of color haven’t found much within the party to confirm their ideas. Generally, Republicans pursuing alternatives to the white strategy have tried to come up with an approach to immigration reform that would give them some positive inroads into Latino voters. So far, it hasn’t worked; witness the intraparty beating that Florida Senator Marco Rubio took for his immigration reform ideas. White Republicans made sure to convey to Republican congressional leaders that even the tepid proposals of the likes of Rubio were anathema to their beliefs.

Given that Romney, winning the white vote with the largest plurality since Ronald Reagan overwhelmed Walter Mondale in 1984, still lost convincingly to Obama, it is difficult to see how a white strategy can overcome the demographic of more people of color becoming eligible to vote and, because of Republican Party positions on issues such as immigration reform, predisposed to vote Democratic. That may not mean much to white evangelical voters and Tea Party Republicans who are dead-set against immigration reform, no matter how it is framed. Some elements of the Republican Party, however, will pursue the white strategy regardless of the demographic trends going against it.

That may explain why some states, rather than rejecting stand-your-ground laws in light of the shooting deaths of Trayvon Martin and Jordan Davis, have actually strengthened their statutes and others have pursued enacting new laws. Twenty-two states have some sort of stand-your-ground law on the books.

Similarly, despite court rulings tossing out some of the laws, 34 states have some sort of voter identification statutes on the books, and several states have new voter ID bills being considered in their legislatures.

The white strategy seems destined to fail in the end because, in the words of census expert William Frey, for Republicans, “demography is running against them.” However, that doesn’t mean that some influential elements of the Republican Party won’t try to test parts of the strategy in the 2014 midterm elections as a step toward developing a strategy for 2016.

For nonprofits and foundations that see themselves as addressing issues of “structural racism,” the Republican Party’s “white strategy” for an election victory will make 2014 a year in which ideas about taking on structural racism will have to be concretized and deployed.—Rick Cohen