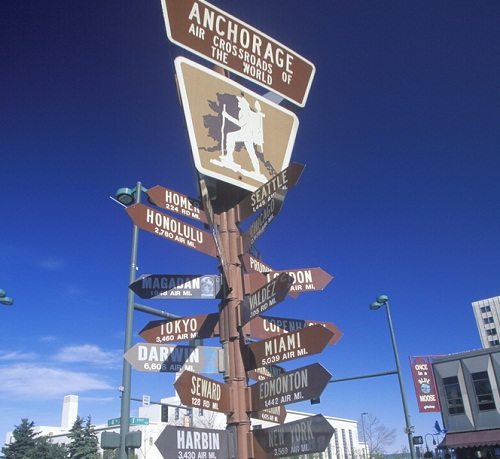 To Dunleavy, it is a conversation in stages: First, pass the constitutional amendment, and then work on whether the state should actually support, fund, and implement a voucher program. Others believe that the conversations have to be joined. State Sen. Clark Bishop, a Republican from Fairbanks, says that the constitutional amendment and any legislation that would actually fund private schools through vouchers should be discussed together.

Dick Komer, a senior attorney at the Arlington, Virginia-based Institute for Justice, a conservative think tank, testified by telephone at a Senate Finance Committee meeting. He suggested that the constitutional amendment wasn’t even necessary, since nothing in the state constitution prohibits the state from giving money to parents to spend however they want. He was countering a state supreme court decision in Sheldon Jackson College v. State that included grants to students as “direct payments” to religious or private institutions.

Although Dunleavy says that public opinion polls show 80 percent of Alaskans favor the amendment, the people who showed up to testify at the Committee hearing in person were largely opposed. For example, Chris Villano from Fairbanks said, “Public dollars should be used for public schools and should not be diverted to unaccountable private, sectarian and religious schools.” Kevin McGee of the NAACP added, “School choice is code for public funding of private schools…. It will promote education as a private commodity rather than a public endeavor.”

One state senator, Pete Kelly, a cosponsor of the amendment, queried witnesses about their potential membership in the NEA-Alaska, the most prominent teachers’ union in the state. This prompted a number of reactions. Betty Mactavish from Fairbanks denied she was a member of the NEA, identifying herself instead as a grandmother. Terri Gottstein from Anchorage began her testimony with the line, “I would like to begin by saying I am not now, nor ever have I ever been, a member of the NEA.”

Last week was National School Choice Week, which included school vouchers as a desirable alternative to public schools. Alaska is hardly the only battlefield for vouchers. In Tennessee, due to active campaign financing promoting school choice by groups like Michelle Rhee’s StudentsFirst and the Tennessee Federation for Children, politicians are coming out in favor of voucher legislation, such as Governor Bill Haslam, who favors vouchers for pupils in the bottom five percent of Tennessee public schools (as measured by school performance), and Lt. Gov. Ron Ramsey, who would make vouchers available to students in the bottom 10 percent. In Michigan, state representative Tim Kelly is a vocal proponent of school vouchers. Recently, at the federal level, Senator Lamar Alexander (R-TN) introduced legislation to allow states to convert a portion of federal aid to school vouchers.

The voucher issue that’s heating up is a bit of a quandary for nonprofits. If voucher programs proceed (or expand, as in the current doubling of the Indiana voucher program), some nonprofits that operate private schools and some religious groups that operate parochial schools could become beneficiaries of the funding that would come from state governments through parents’ tuition fees. But at what cost to the nation’s commitment to public schools? And with what benefits in students’ school performance?—Rick Cohen