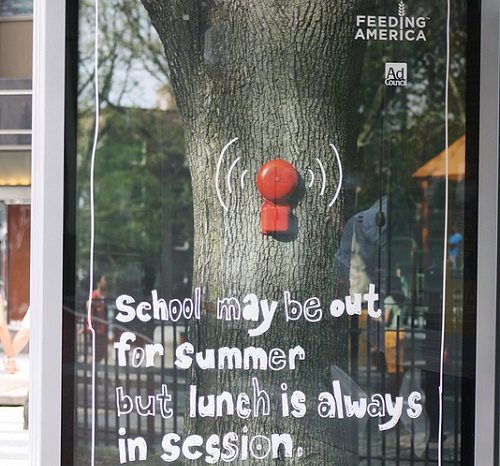 A new report on hunger in America has been released by Feeding America and the findings are sobering, to say the least. As we justifiably feel increasingly confident about the state of the economy as it continues to emerge from the Great Recession, it is healthy to remind ourselves just how much need is out there, and this report hits the nail on the head.

Feeding America is a system of organizations around the country established to receive, catalogue, and distribute donations of food to food-service programs such as food pantries or meal programs. Feeding America also provides funding for its partner agencies as well as some technical support and research on hunger. The report is the result of data collection conducted mostly in 2013 from 12,500 food programs in the Feeding America network and 60,000 clients.

The information contained in the report, “Hunger in America 2014,” suggests that hunger in America is changing and startlingly pervasive. In many cases, the people being served will surprise you. For example, 20 percent of households served have at least one family member who has served or is currently serving in the military; we are not taking care of people who have put their lives on the line.

The report is well worth reading and is not very long. It should be noted, of course, that these statistics are only from the Feeding America network, and so the actual state of hunger in America could be even more pervasive than is revealed in this report. As a teaser, we offer a handful of facts we found to be startling:

Although the report celebrates the partner organizations and the myriad volunteers who are involved in the food distribution system, a scratch on the surface adds an odd note. Even as the report almost brags about the millions of hours of volunteer time donated to distribute food through its partner agencies, as many as six people at Feeding America in Chicago earn in excess of $200,000 per year, with Vicki Escarra, the CEO, making more than $370,000. (The median household income in Chicago is around $60,000.) In contrast, the report suggests that 51 percent of the more than 46,000 agencies in the network rely solely on volunteers and have no paid staff. On the other hand, the organization had almost $2 billion in public support last year. In light of the mission on the one hand, which is to serve hungry people, and the size of the operation on the other, how should salaries be set?—Rob Meiksins