The Social Cost of Racial Isolation 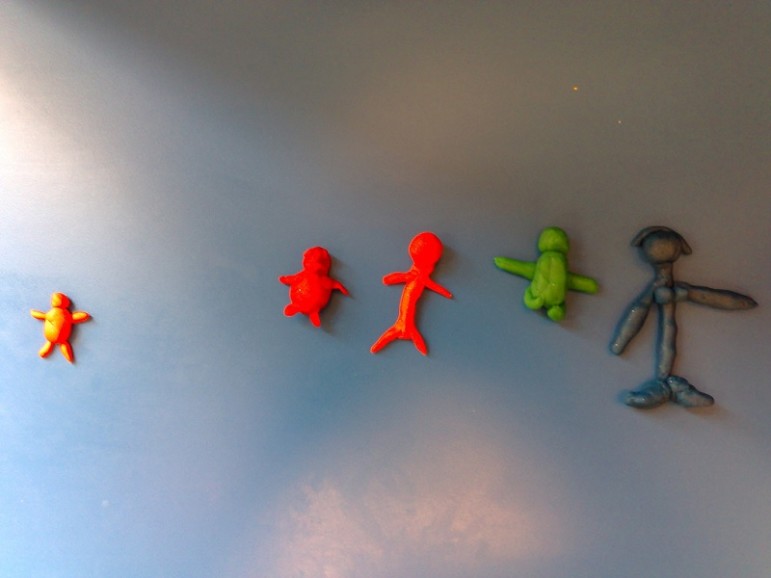 Leah Donnella’s “Where Brunch And Housing Segregation Collide” uses a holiday social event to show how racial segregation shapes the lives of Black Americans. Ms. Donnella stitches a personal narrative about “being the only one in the room” to the larger social forces which result in racial isolation. In support of her personal experience of being “the only one in the room,” Ms. Donnella’s cites three studies to show that her experience is far from “just personal.” Alas, each has some shortcomings as supportive documents.

The Brookings study Ms. Donnella cites to show the persistence of housing segregation is entitled “Census shows modest declines in black-white segregation” and concludes, “Despite continued high levels, declines in black segregation suggest that broader demographic forces at work on the part of new generations of blacks, whites, and other growing minorities hold the potential, if partnered with appropriate social and economic actions, to mitigate the pronounced levels of segregation that characterized the country for much of its history.” Hmm…glass half empty, or half full? Clearly the impacts of residential segregation are still great, but improved even since the last decade. In Ms. Donnella’s defense, her frame of reference was the “chocolate cities” of D.C., Philadelphia, and Los Angeles—all majority minority cities—while the Brookings study focused on national data.

Ms. Donnella also cites a 2014 article based on a Public Religion Research Institute study of interracial friendships. In “Three quarters of whites don’t have any non-white friends,” Christopher Ingraham explores the phenomenon of social isolation. He describes two factors: demography and affinity. The demographic explanation is based on the fact that there are more whites than blacks in the U.S., so it’s statistically more likely that blacks would have more white friends than whites have black friends. And, in fact, Ingraham notes that while blacks are more likely to have white friends, there are two-thirds who have none. Affinity is all the other stuff—Ingraham calls it “sorting”—that people do to find friends with similar interests and backgrounds. Would housing integration affect affinity? There’s no clear evidence of the impact of housing segregation in this study.

Ms. Donnella’s final citation is an article by Rajini Vaidyanathan that makes the point that racial segregation is not an accident of history or affinity, but a conscious social policy that was not “fixed” by the Fair Housing Act. All tragically true. But systemic de jure segregation is a burden of past generations and de facto segregation has been under vigorous assault by housing advocates for the past decade and, more recently, by the Obama administration.

But Ms. Donnella’s sense of social isolation may not be unsupported by current social research. Increasing inequality may be the culprit supporting and maybe increasing racial isolation for African Americans. A different Brookings study released this week offers some tantalizing hints that could support the idea that increasing economic segregation could be undermining efforts at racial integration. In the article “City and metropolitan inequality on the rise, driven by declining incomes,” Alan Berube and Natalie Holmes argue,

Inequality at the local level may be undesirable for a variety of reasons. It may diminish the ability of schools to maintain mixed-income populations that produce better outcomes for low-income students. It may narrow the tax base from which municipalities raise the revenues needed to provide essential public services and weaken the collective political will to make those investments. And local inequality may raise the price of private-sector goods and services for poor households, making it even more difficult for them to get by on their limited incomes.

In other words, the “invisible hand” of income inequality may be reshaping the racial composition of metropolitan neighborhoods in ways that perpetuate racial isolation. If income inequality is driving resegregation, we’ll know more in a few years as the post-recession housing economy matures and people make residential decisions. The explosive growth of demand for rental housing and the increasing prevalence of household rent burden will surely reshape neighborhood composition profoundly.

Ms. Donnella is on the right track when she notes the special impacts of social isolation on African Americans. This hypothesis is supported in a Washington Post article that contrasts the impact of poverty on white and black households. However, Ms. Donnella might do well to forget the friendship study discussed above and focus on the neighborhood environment as an indicator of racial isolation:

A poor black family…is much more likely than a poor white one to live in a neighborhood where many other families are poor, too, creating what sociologists call the “double burden” of poverty. The difference is stark in most major metropolitan areas, according to recent data analyzed by Rutgers University’s Paul Jargowsky in a new report for the Century Foundation.

Ms. Donnella writes, “If we’re going to have conversations on the effects of housing segregation, it’s worth understanding how the accumulation of decades of racially driven policy may have leached into every aspect of our lives.” Instead, it might make sense to look at the contemporary forces driving us apart. If the new isolation is based on economic inequality instead of de jure segregation, the policy remedies will be different than those of the past.—Spencer Wells