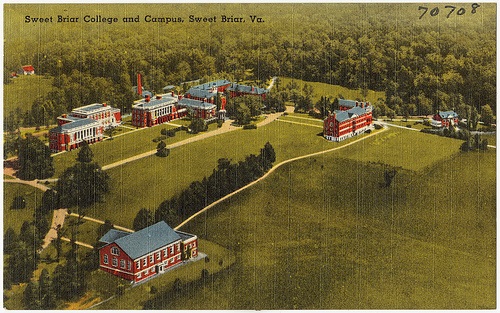 The lawsuit filed by the Commonwealth of Virginia to block the closing of Sweet Briar College long enough to take stock of the situation alleges the college continued to accept gifts until just weeks before it announced the board’s decision to close. It specifically mentions a million-dollar estate gift from alumna Teresa Tomlinson, who’s now the mayor of Columbus, Georgia. That gift was acknowledged with the following letter… 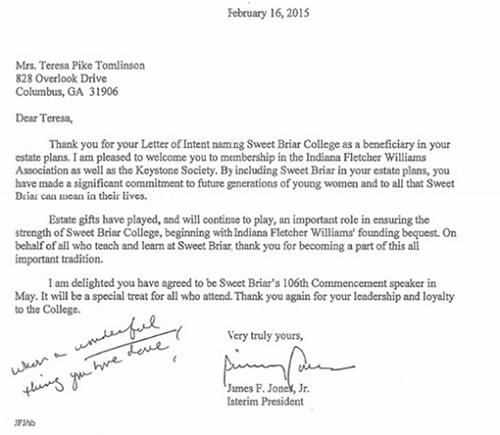 …which now is an exhibit in the lawsuit filed by the state.

Tomlinson says she was never notified that the college was in financial distress, nor that Sweet Briar had already started the process of closure.

“My husband and I don’t have children,” Tomlinson said, “and I don’t have nieces and nephews, and so we have long planned on this being our legacy, our gift to Sweet Briar College, because we wanted it to go forward and continue with its great mission of educating women leaders.”

There is no question that the letter raises issues of integrity. The handwritten note, adhering as it does to good form, is made ugly by the context of an imminent vote for dissolution and does appear to raise issues of proper leadership and governance.—Ruth McCambridge