The Tao of Museumification 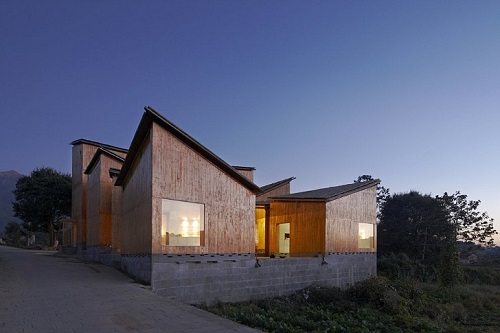 As reported by Sam Gaskin for CNN, the National People’s Congress in 2010 outlined a five-year plan that called for China to increase its number of museums to 3,500. By the end of 2013, that goal had already been surpassed, with 4,000 museums blanketing the landscape, and not only in the major cities.

The aim, says Jeffrey Johnson, director of Columbia University’s China Megacities Lab, is to fast-forward development of the cultural sphere. “The intention is to elevate the per-capita number of museums to equal international levels. The short-term goal is to have one museum per 250,000 people.” (By comparison, in 2011, the UK had 3.12 museums per 100,000 people.) Johnson calls this aggressive building strategy the “museumification” of China.

While government funding accounts for a significant number of new museums, the CNN report notes that many others are tied to corporate or private interests, ranging from vanity projects undertaken by wealthy art collectors, to real estate developers, to businesses looking to fulfill legal requirements about land use. And then there’s Shanghai’s Tobacco Museum, which exists to promote smoking.

Many of the new museums are considered to be stunning architecturally. (Click to see the slideshow in the source article.) But for now, in many cases, the buildings themselves may offer more to visitors than what is inside. That is, if there are any visitors, because people in many parts of China have not yet acquired museum-going habits. Nor have many natives pursued careers in curatorial fields or museum management, at least not until recently. So the consensus is that while China has a number of outstanding museums with fine collections and exhibitions, the nation probably has many more museums that lack the staff and/or the collections to engage the public in a meaningful way.

As Li Xu, deputy director of the state-run Power Station of Art (PSA) museum, explains, “The government is still in the process of developing a system for supporting established museums.” The 41,000-square-foot PSA has no collection of its own, a staff of only ten and a very modest annual operating budget.

Clare Jacobson, author of New Museums in China, observes, “A lot of the successes are private museums, rather than the state-run museums.”

Johnson, of the China Megacities Lab project, says they are watching to see how museums in China will evolve. “Are there new roles—socially, culturally, politically—that the museum is playing? What new architectural forms and spatial organizations are being invented to accommodate these new ambitions?”

There’s no guarantee that the Chinese public will take to all this “museumification.” Even in larger Chinese cities with well-established museums, attendance can be fairly low. So it’s hard not to wonder why such enormous resources are being pumped into so many new museums when so little groundwork has been laid in terms of public engagement and museum management.

Jacobson notes that this cart-before-the-horse approach is not so unusual in China. “I think necessarily in the development of China the ‘hardware’ comes before the ‘software.’ It just does. There are models of that in industry and in housing.”

She also notes that whether or not the new museums eventually come to house vibrant collections and engage the public, the new architecture is still worthwhile. “Actually, you do need a few places of beauty within this vast array of residential towers and boring office buildings…I think those buildings will remain—whether they’re used as museums or not is a different question. The buildings themselves will be important for a long time.”—Eileen Cunniffe