The Three Gold Coins and the Christmas Kettle 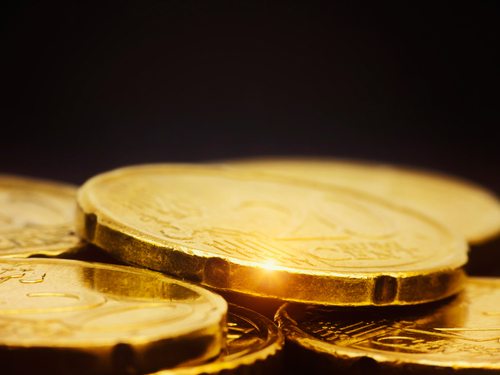 A real holiday story to warm the cockles of your heart takes place in Morris, Illinois, a small town of about 15,000 people on the Illinois River some 60 miles southwest of Chicago. The story comes from the Morris Daily Herald.

“A 10-year tradition was continued Monday when an anonymous donor dropped three solid gold coins into one of the Salvation Army’s collection buckets in Morris,” writes reporter Jessica Bourque.

“It’s hard not to expect them after so many years, but every time I’m still surprised and excited,” Denise Gaska, executive director of We Care of Grundy County, told the paper.

Gaska coordinates the Salvation Army Red Kettle Campaign in Grundy County and earns 80 percent of everything raised, with the rest going to the Army itself. We Care provides emergency food, rent and utility assistance to those in need in Grundy County, where Morris is located.

Gaska told the Herald that someone has been donating the three gold coins to one of the red kettles for at least 10 years. The person who donates the coins is a mystery to Gaska and the volunteers who collect the money. However, the anonymous philanthropist has a pattern, Gaska said.

Three half-ounce American Eagle gold coins—and it is always three—are wrapped in $1 bills and donated on the first night that local Methodist Church volunteers are ringing in front of a local store, which typically is a Monday.

Every year, according to the article, Gaska immediately takes the coins to the Morris Coin Shop, where the owner appraises and buys them, usually for slightly more money than they are worth. This year’s coins were worth $1,835, a bit less than last year’s appraisal because of a slight decrease in the price of gold. Still, that’s a pretty large anonymous donation in any community, let alone a small town like Morris.

Gaska said the coins are always minted in the same year they are donated, suggesting that whoever donates them is buying the coins at market value. The donated gold coins are not purchased at the Morris Coin Shop, deepening the mystery.

“They aren’t getting any tax breaks, or notoriety or anything like that,” Gaska said. “What they do comes straight from the heart.”—Larry Kaplan