The Trials, Figurative and Literal, of Robert Becker in Egypt 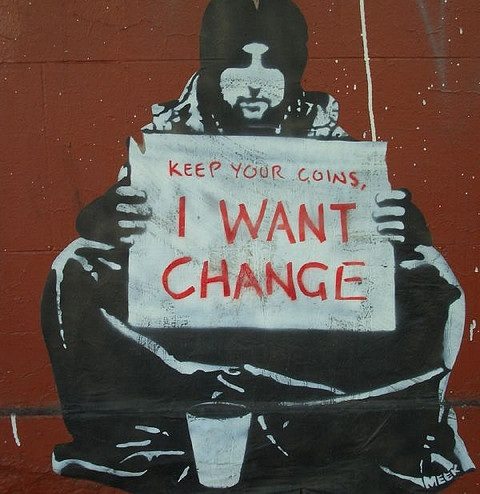 One is someone named Robert Becker, a trainer working for the National Democratic Institute, a U.S.-based non-governmental organization in Egypt. As Ruth McCambridge reported last week, 43 employees of NGOs in Egypt were convicted in Egyptian courts as foreign-funded NGOs operating in the country illegally. Sixteen Americans were among the 43 NGO employees found guilty of violating Egyptian law. All of the Americans, including Sam LaHood, the son of former U.S. Transportation Secretary Ray LaHood, had left the country prior to the verdicts…except for one: NDI’s Robert Becker.

Becker initially refused to leave Egypt to stand in solidarity with the Egyptian nationals who were also on trial. “I am honored to have stood in a cage for a dozen hearings this past year-and-a-half with my colleagues,” Becker wrote on his personal blog. “Personally, I will once again ignore my lawyer’s advice and will be in Egypt. I was told it would be best for me to go home, so that is exactly where I will be…home, in Cairo.” For refusing to leave the country with other Americans, NDI fired Becker.

What kind of person is this Becker? Maybe a hint can be found in the inspirational quote from the late Paul Wellstone on Becker’s webpage: “If we don’t fight hard enough for the things we stand for, at some point we have to recognize that we don’t really stand for them.”

Some people suggest that Becker, as an American, didn’t really face any threat from the Egyptian police. His willingness to speak out and blog freely during his trial might have been a consequence of being unlikely to spend much time in an Egyptian prison. Perhaps that might have been true, though Becker reported receiving no contact from U.S. authorities despite several contacts from representatives from various European governments. It had to have been a risk; Egyptian prisons have a less-than-sterling reputation, having been the subject of many protests by international organizations over the years (several from Human Rights Watch here and here) and in-person reports by people who have been incarcerated in them.

Nonetheless, two days after receiving a two-year sentence for his activities, Becker flew to Rome, becoming yet another pro-democracy exile escaping from the Morsi government. He left, he said, only after being assured that his Egyptian colleagues would not go to jail; they were given one-year suspended sentences. Unlike his Egyptian colleagues, Becker was apparently going to be compelled to serve jail time, according to his attorneys, who advised him that he really had to leave. Perhaps his being American would have protected him from the rampant torture in Egyptian prisons that was permitted under the Mubarak regime and seems to have continued under Morsi’s. It is hard to imagine that too many of us would be willing to throw the dice and hope for the best in a stay of several months in an Egyptian prison.

The court’s statement in defense of the sentencing of the NGO workers for fomenting unrest charged that Becker and his NGO colleagues were using foreign funding for “control, predominance and soft imperialism practiced by donors to destabilize, weaken and dismantle beneficiary countries.” It said that their mission was to “undermine Egypt’s national security and lay out a sectarian, political map that serves US and Israeli interests.” There are legitimate questions that critics can and have raised about NGOs such as the NDI, concerning what they do to promote democracy in countries that, like Egypt, have only the barest scintilla of democratic history and experience. The five NGOs—Freedom House, the International Democratic Institute, the National Democratic Institute, the International Center for Journalists, and the Konrad-Adenauer-Stiftung (foundation)—may be lots of things, but it is hard to imagine that they were out to dismantle Egypt, undermine the country’s national security, and serve Israeli interests.

Speaking of his Egyptian NDI colleagues (Rawda Saeed, Hafsa Halawa, Mohamed El-Wakeel, and Amged Gazal, among others), Becker blogged, “They are my brothers and sisters and personal heroes, and no trial verdict will break that bond.” Having now left Cairo, Becker describes himself as “tired, exhausted, and angry, and immensely sad.” Put yourself in Becker’s position. What would you have done?—Rick Cohen