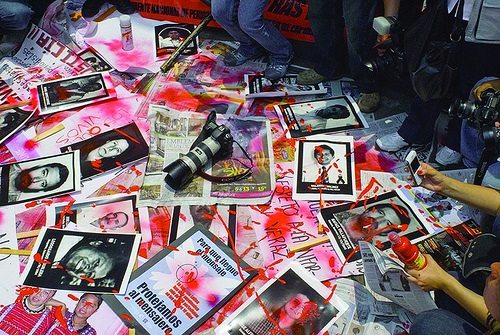 In this world of reorganized journalism, some say, those independent freelancers who are not backed by large institutions of any kind are particularly vulnerable.

The Committee to Protect Journalists, which tracks journalists who have been killed, injured, or jailed for doing their jobs around the world, yesterday called Syria, where James Foley was killed this week, “the most dangerous country in the world for journalists for more than two years. At least 69 other journalists have been killed covering the conflict there, including some who died over the border in Lebanon and Turkey. More than 80 journalists have been kidnapped in Syria; with frequent abductions, some of which go unpublicized, it is difficult to know exactly how many. CPJ estimates that approximately 20 journalists, both local and international, are currently missing in Syria. Many of them are believed to be held by Islamic State.”

James Harkin, who covered Syria as a freelancer, writes in Vanity Fair about the fact that many of those covering the conflict in Syria are also freelance. “Missing from the statistics is anything about the kind of journalists who goes to Syria and why,” he wrote. “After the death of Marie Colvin in a blizzard of Syrian Army shells in Homs in February 2012, much of the Western media drew back from covering the country. Meanwhile, a lightly resourced, laughably paid, almost wholly uninsured cadre of freelancers, often armed with little more than a notebook and a mobile phone, infiltrated Syria anyway.”

Another reporter, Austin Tice, wrote several pieces on Syria for the Washington Post on a freelance basis—but not by choice. “I prefer to work for one organization over freelancing,” he wrote on his LinkedIn page. “I can write, film, snap and speak, so if your organization is looking for an all-in-one crisis correspondent willing to get the stories others won’t, call me.”

Around this time in 2012, he disappeared and hasn’t been heard from since.—Ruth McCambridge