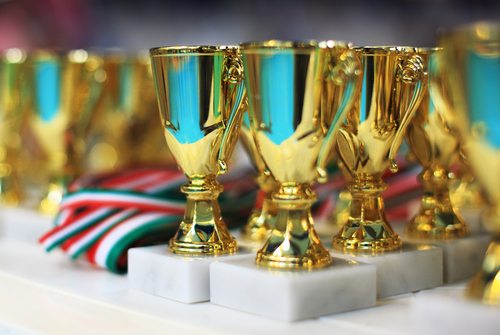 As data from the Federal Reserve Board’s Survey of Consumer Finances for the years 2010–13 becomes available, it continues to spotlight how uneven the recovery from the depths of the Great Recession has been. According to the Pew Research Center’s analysis, “the…gap between blacks and whites has reached its highest point since 1989. […] The current white-to-Hispanic wealth ratio has reached a level not seen since 2001.” 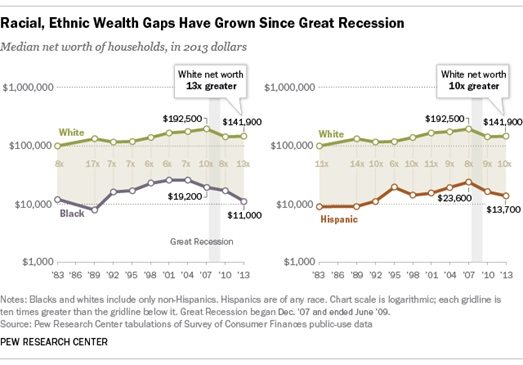 This adds to a growing body of data showing that despite improvements in the American economy as a whole, the gap between economic “winners” and “losers” has been growing and poses real challenges to our nation’s welfare.

Earlier this year, the Pew Charitable Trusts reported that a similar disparity existed when generational data was examined.

“Generation X has experienced exceptional stickiness at the top and bottom of the income ladder. Among Gen Xers raised at the bottom of the income ladder, half remain stuck there and nearly three-quarters never reach the middle. There is similar stickiness at the top: Nearly 7 in 10 Gen Xers who are on the top income rung in their 30s were raised by parents who were also above the middle in their 30s.”

It’s clear that a significant and growing gap separates our nation along a number of fault lines. But political and thought leaders are sharply separated about what it means to our national future. President Obama called the Wealth Gap “the defining challenge of our time. We have to make our economy work for every working American.” The Cato Institute’s Mencken Research Fellow P.J. O’Rourke believes there is no problem with this picture at all: “Proposing to close the ‘wealth gap’ is worse than silly…wealth brings great benefits to the world. Rich people are heroes.” Lastly, Robert B. Reich, Chancellor’s Professor of Public Policy at the University of California at Berkeley, sees it as vitally important. “The economy won’t really bounce back until America’s surge toward inequality is reversed.”

How we as a nation answer this question will shape our futures. Will we choose a future of great, growing, and enduring difference between the haves and the have-nots, or one with a more equal sharing of our nation’s great wealth? –Marty Levine