The Worst Financial Decision Ever 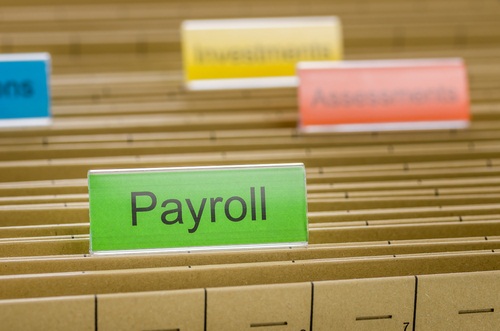 Recently, a member of our staff at Nonprofits Assistance Fund met with a terrific nonprofit in Minnesota to help them assess their financial situation and create a stabilization plan. The financial situation turned out to be worse than originally reported for one reason: payroll taxes. Specifically, between $50,000 and $100,000 of unpaid taxes withheld from paychecks and due from the employer. Now the financial plan for this organization will be dictated by the urgent need to deal with the taxes and significant interest and penalties. Unfortunately, this is not an isolated case. On average, we meet with ten or twelve nonprofits every year that are trying to untangle the problems caused by unpaid payroll taxes. Every one of them wishes that they could go back in time and make different decisions. If they could, they would pay the taxes and juggle finances another way.

I’ve told the story many times about my first job at a nonprofit. I was (a long time ago) a receptionist at an arts organization. The board of directors discovered that payroll taxes had not been paid for many months. The financial situation was dire and the board took extreme action. All but two staff members were laid off or furloughed, the board took over all financial matters, and a major budget reduction was implemented. They had to have someone answering the phones (this was long before voicemail and email), so I kept my job. After the immediate crisis was over, I was asked to take on some financial tasks and eventually became business manager. That firsthand experience with the impact of unpaid tax liabilities is forever seared on my brain. It’s the worst way to solve a cash flow problem ever.

Here’s how it happens—slowly and silently. Cash flow is tight and when taxes are due, the director/business manager/accountant holds off on the payment “until the grant check comes next week.” The check comes, but other obligations are due. Pretty soon, it’s time for payroll again and cash flow is still tight. By the third payroll, the unpaid taxes are starting to add up to more than can be paid all at once. Meanwhile, the landlord, vendors, and contractors are calling to remind our intrepid manager that payments are due. The IRS doesn’t call, though. This is one of the most insidious parts. People often choose to pay low priority bills before urgent obligations because of relationships, annoying phone calls, or emotions. The IRS doesn’t take action to demand payment of delinquent taxes for quite a while. When they do, the matter is immediately urgent and expensive and becomes the #1 priority for the organization.

As an example, this article from North Carolina, “Nonprofit’s IRS bill tops $850K,” describes a mental health agency that had their state funding cut by 23 percent. They reduced their budget but also had serious cash flow delays. As stated in the article, “they fell behind in making payroll tax payments.” It appears from the article that the agency financed their budget deficit by deferring tax payments. Ultimately, the IRS filed a lien and the situation became a crisis so severe that the agency ultimately closed in July 2010. When they faced the state budget cuts and delays, the statewide mental health agency had to make some tough decisions. It’s really unfortunate that they chose delayed payroll taxes to “manage” their finances.

If you need another reason to stay current with payroll taxes, share the article “Not Paying Your Taxes? Your Board Could Be Personally Liable” with your board members. The article lists seven lessons learned from payroll tax cases.

Lesson two: Virtually any alternative—including taking on additional debt, restructuring, downsizing, and filing for bankruptcy—is better than failing to remit withholding taxes to the government.

That’s a pretty harsh lesson, but it underlines the severity of consequences of this financial choice. The worst one.

Kate Barr believes that every nonprofit financial question relates to strategy, structure and mission impact. She enjoys interpreting financial information to find stories numbers can tell. She loves writing, teaching, and talking with interesting people. This article was written on January 18, 2011.