These Two $1 Million Grants Are a Waste of Money 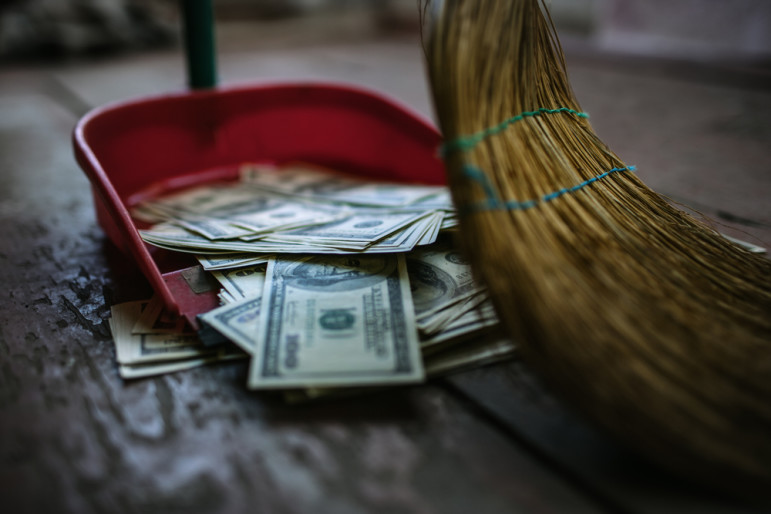 Editor’s Note: Pablo Eisenberg is one of philanthropy’s most outspoken observers, and here he takes up the recent awarding of two grants, each for a million dollars, to organizations that are a part of the philanthropic infrastructure. There are a number of issues at play here, and as with any op-ed, we do not necessarily agree with Pablo’s stance. However, he remains one of the insightful champions who have kept open dialogue alive in philanthropy. As always, we invite readers to respond.

At a time when small grassroots, advocacy, and watchdog nonprofits are desperately fighting to maintain their precarious budgets, two recent million-dollar grants to two established, well-financed organizations seem inappropriate and a waste of philanthropic resources.

It is hard to tell why the Ford, Hewlett, Packard, Kresge and Robert Wood Johnson foundations and the Rockefeller Brothers Fund would combine to provide general support funding to the Center for Effective Philanthropy, based in Boston, and Grantmakers for Effective Organizations, an affinity group of the Council on Foundations, both of which already receive ample financing from the foundation world.

The Chronicle of Philanthropy labeled the grants as akin to MacArthur genius awards for nonprofits. The funders said it was an effort to step up the two organizations’ work to improve the performance of foundations. But however the grants are called, they do not appear to carry the seeds of creativity and innovation. Genius organizations, they are not.

The Center of Effective Philanthropy has an annual budget of $7 million and a staff of 36. It does research on foundation practices and is perhaps best known for its “satisfaction” surveys of foundations, which try to determine the reaction of both foundation and grantee staff to a foundation’s grantmaking process. This is the softest type of evaluation; the Center does not sponsor independent, hard-hitting evaluations. Nor does it explore some of the more fundamental ailments of the field: the lack of diversity on foundation boards, the enormous growth in unsolicited proposals, the inequity of who gets the benefits from foundation funding, the stagnant payout rate; the dangers in the increasing number of mega-foundations, and the issue of philanthropic control and power. In short, it is by no means a foundation change agent.

Grantmakers for Effective Organizations is an in-house institution that tries gently to push the foundation community toward better standards, greater accountability, higher performance and more effective leadership. It has an annual budget of $4.5 million and a staff of 25. But it, too, does not have much of an advocacy bone, preferring not to engage in the tougher issues that face the foundation world.

What is notable about the two recipient organizations is that their boards are almost entirely composed, with few exceptions, of foundation or ex-foundation people. James Abernathy, former ED of the Environmental Support Center, appears to have been the lone nonprofit representative in the history of Grantmakers for Effective Organizations. No major nonprofit leaders or community activists have had the opportunity to contribute to the thinking and decision-making of either organization.

During the past year, the Center for Effective Philanthropy received $1,400,000 in general support from the six funders that just gave the organization an additional million dollars. And its funders’ list comprises a “who’s who” of major foundations. Did it really need the new money?

Similarly, Grantmakers for Effective Organizations has an impressive stable of funders, large and small. The past year, it received $200,000 from the Ford Foundation and $425,000 over three years from the Hewlett Foundation in addition to its $1 million grant. It is not in need of additional resources. As an insider within the foundation community, it can command whatever support it requires. So why give it more?

The two grants send an unfortunate, indeed undesirable, message to the nonprofit community. Not that the two recipients are doing a lousy job; in fact, both organizations are well led and doing competent, if pedestrian, work. But their undeserved grants say loud and clear that foundations seem to care more for their own colleagues than for those nonprofits that are laboring hard under financial duress to address our society’s major social, economic, environmental, and cultural problems.

There are plenty of fine nonprofits in in a variety of fields that could use a couple million dollars. Our major foundations should think about them before they make other, similarly well intended but unsuitable awards. Perhaps we should consider ourselves fortunate that the six funders did not give additional million-dollar grants to the Council on Foundations and Independent Sector.