Three Lakes, One Nonprofit: A Merger for Advocacy Oomph 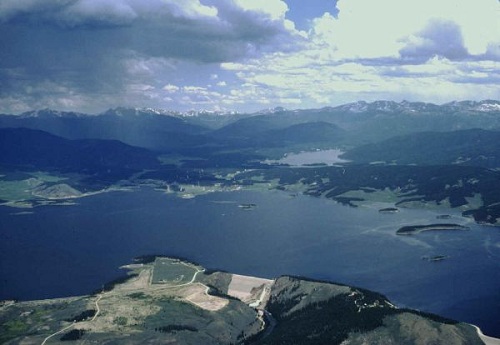 Over the last decade, in the Grand Lake, Colo. area, two advocacy groups – the Three Lakes Watershed Association (TLWA) and the much younger Greater Grand Lake Shoreline Association (GGLSA) – have been active in advocating for water quality in the region’s lakes. With more than 200 members, Three Lakes has approximately ten times the membership of The Greater Grand Lake Shoreline Association and has been around since the 1950s. The GGLSA, on the other hand, was organized in late 2000 “to focus solely on Grand Lake water and ecosystem issues and how they impact homeowners and businesses,” said the group’s most recent president, Michael Cassio. But TLWA President Scally O’Donnell, who has been with the older group for 40 years, notes that stakeholders and supporters would confuse the groups. Now the larger, older TLWA will absorb the newer, smaller GGLSA, which is, by the way, the one with 501(c)3 status.

Over the last ten years, according to Sky-Hi News, the groups have worked together to promote “a solution to the lack of clarity and the sediment buildup in natural Grand Lake, caused by flows through the Colorado-Big Thompson project,” and they have also worked with a number of government agencies. “We’ve kept the pressure on with letters and going to meetings over many years now,” O’Donnell said. “We’ve had really terrific support from Grand County. The commissioners and Lurline [Underbrink Curran, county manager] have really been supportive. Their clout is far greater than ours.”

The merger of the two nonprofits comes at a time when a resolution to some of their concerns is potentially on the horizon. The merger, says Cassio, “develops a single voice and citizen advocacy group that addresses the entire ecosystem, instead of two competing entities…I believe merging the two organizations makes us a much more effective organization that will represent the people and businesses impacted by water quality issues in the Three Lakes area. By creating one single association, individuals can join one single organization that is focused on all the water issues in the area instead of an organization only focused on one lake.”

NPQ is very interested in reader discussions of new approaches to organizations’ mergers and partnerships. Let us know if you wish to write about situations like this in your own experience. –Ruth McCambridge