Time Running out on Orphaned Lots in New Orleans 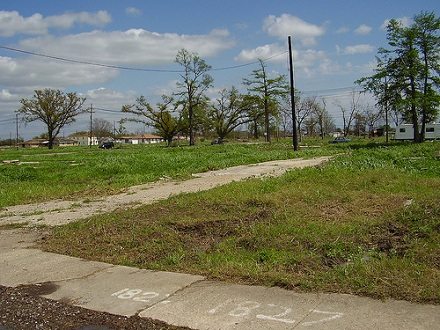 Seven years after Hurricane Katrina, the City of New Orleans has paid approximately $86 million for the upkeep of 5,100 lots, but more than 3,000 orphaned lots still exist across the city. Some neighbors want to see them sold because they contribute to neighborhood blight and some want to see them held for fear that flooding the market with these properties will further depress local housing prices.

The lots are being held by the Louisiana Land Trust, which is federally funded. Even some of those associated with the Land Trust feel that the City should have moved to do something about the properties long ago. “How many years does it take them to do something?” said Donald Vallee, who sits on the Louisiana Land Trust (LLT) board. But Nicole Heyman of the nonprofit Center for Community Progress thinks that holding on to the properties is the right course. When a city sells too low, she says, they are “just putting properties in the hands of investors who drive the properties’ values down.”

But time may be running out on this stalemate, as the City is in the process of buying the properties—and with that it will also take on management and upkeep—from the Land Trust, which is running out of federal funding. Stacy Head, a City Council member-at-large, worries about this because the city is so strapped for funds. “The LLT has actually done a good job of maintaining most of these properties,” Head said. “So, when they’re turned over to the city, our blight problems that we have not been able to manage are going to get that much worse.”

Obviously, this will hit some New Orleans neighborhoods harder than others. For instance, of the 739 properties purchased from homeowners by the state in the Lower Ninth Ward, approximately 570 remain vacant and undeveloped lots currently make up entire city blocks.

In this case, the cost of inaction in the face of divided sentiments may mean that conditions worsen again for residents of the city’s neighborhoods. There are a numbers of proposals floating around to transform the properties into parks and community farms, but time is ticking down. –Ruth McCambridge