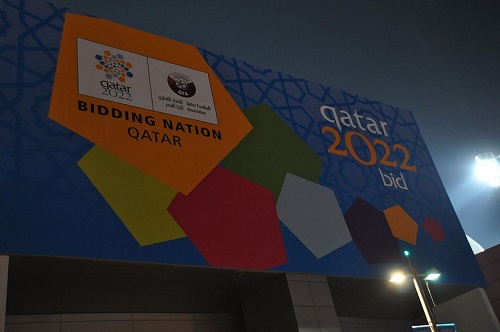 Chuck Blazer looks like a cross between Grizzly Adams and an avuncular philosophy professor, but the 70-year-old happens to be the latest to reveal the seedy inner workings of FIFA, the governing body of international soccer. FIFA’s control of the decision-making for the selection of the World Cup, an event that trounces the Super Bowl in terms of viewers (909.6 million to 111.5 million) and revenues (a dozen times more revenue than the shorter NFL Super Bowl), makes its decisions regarding the selection of World Cup host countries of significant interest to people who might have an attraction to money—even if the money is under the table, meant to be pocketed personally as a quid pro quo for giving up one’s honesty and ethics.

That is, assuming that the various FIFA board members and corporate buddies arrested this week had any ethics to give up…

Blazer himself became wealthy through his dealings with FIFA and with the Confederation of North, Central America and Caribbean Association Football (CONCACAF), earning himself the sobriquet “Mr. Ten Percent.” Apparently, the IRS nabbed Blazer some years ago (he has reportedly pled guilty to wire fraud, tax evasion, and other crimes), and as a result, he agreed to wear a wire while he met with FIFA officials. In the world of excess and corruption, Blazer was right there with the best of them. Aside from all the usual stuff of charging huge personal purchases to CONCACAF, paying no taxes on tens of millions of dollars in income in the 1990s and the 2000s, and lots more financial perfidy, Blazer’s standout lifestyle indulgence was renting two luxury Trump Tower apartments—one for himself, the other for his cats.

What needs to be clarified is that Blazer was more an informant than a whistleblower. He wasn’t motivated by his personal horror about the practices of FIFA bigwigs; he was a more than willing and enthusiastic participant in their rapaciousness. Rather, it was getting caught by the IRS that got him to wear a listening device, undoubtedly so that he might avoid some of the legal penalties he faced or that his family—or maybe his cats—might be able to retain some of the booty he had acquired over a quarter-century or more in international soccer.

The criminality of the FIFA machine, known for well over a decade to be corrupt to its core, nonetheless yielded real whistleblowers over the years. They should be honored—and given some of their fears of retribution, retaliation, and personal danger, offered protection.

An Australian football executive, Bonita Mersiades, apparently blew the whistle on a $500,000 payment made by Football Federation Australia (FFA) to Jack Warner, the FIFA and CONCACAF executive who has been reported to be one of the biggest beneficiaries of the alleged payoffs to FIFA bigwigs. The involvement of the Australian senate, which is now investigating the payment, offers some measure of protection to Mersiades and reassurance she won’t be harmed.

But that might not go for other FIFA whistleblowers. Look at the case of Phaedra Al-Majid, an international media operative for Qatar’s bid for the 2022 World Cup. The mother of two children, Al-Majid blew the whistle in 2011 on Qatari plans to buy the votes of three FIFA board members. Subsequently, she signed an affidavit saying that her accusations were false, although she later said she had been coerced into the retraction.

Given the millions in alleged payments made by Qatar to FIFA brass, it is understandable that Al-Majid says that her life as a whistleblower involves “a whole new culture of paranoia, fear and threats.” Apparently, Al-Majid is receiving FBI protection, but who knows what that really means? It has taken a palpable toll on her:

“Do I regret being the Qatar whistleblower? It’s cost me personally, it has cost me emotionally. I know for a fact I will be looking over my shoulder for the rest of my life. It’s cost me my credibility and most importantly, it’s cost the security for both me and my children. However, I did witness something and I do believe that I did have to say what I witnessed.”

Qatar, she says, threatened her with a $1 million suit for violating a confidentiality agreement, which scared her to no end. “Remember, I’m one single mum against the richest country in the world and the richest sporting organization in the world,” she told SkySports. “I think I was very naive. I wasn’t prepared for the backlash. I wasn’t prepared for the way whistleblowers are treated. We are the bad guys.”

Add to that the courage of another whistleblower: Michael Garcia, a former U.S. federal prosecutor. He had been recruited by FIFA to conduct an independent inquiry into FIFA’s rampant problems of corruption, but to no one’s surprise, except initially maybe Garcia’s, FIFA declined to release his full 430-page report. Instead, they issued only a 42-page summary, which he and others say includes erroneous information. The summary, in fact, clears both Russia (winner of the 2018 World Cup host privileges) and Qatar of any wrongdoing, but criticizes losers England and Australia (where, notably, Mersiades and Al-Majid happened to be living).

It is pretty amazing when the author of an investigation disputes the accuracy of the report that is issued in his name, but that was Garcia’s charge. Worth noting is that both Mersiades and Al-Majid were supposed to have been guaranteed anonymity, but the summary version apparently contained information that made it obvious who the whistleblowers were.

Other observers, particularly from countries that lost the World Cup bidding and bribery wars to Russia and Qatar, viewed the FIFA summary version as a “politically motivated whitewash” and didn’t buy the summary’s conclusion that Russia and Qatar had clean hands. Neither did Garcia. As a result, at the end of 2014, Garcia resigned from his task at FIFA and washed his hands of the organization.

The criminal Chuck Blazer is now in a hospital, apparently suffering from colon cancer. That is a sad denouement for a man accustomed to the high life who walked away with millions from the corruption that he and others in FIFA practiced with aplomb. But the real whistleblowers who truly deserve acknowledgement and thanks are Mersiades and Al-Majid, two women who are likely to be fearful of retribution for a long time to come.—Rick Cohen