Today’s Antiwar Movement: Win Without War’s Alternatives to Bombing IS 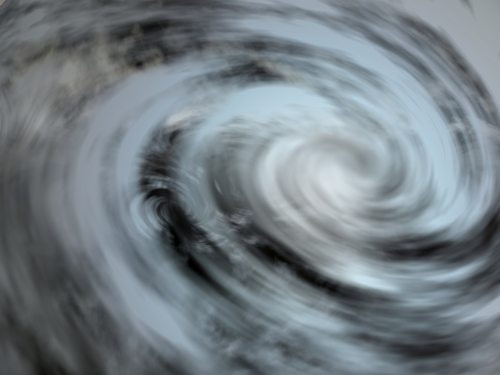 Whether it is called ISIS, ISIL, or simply IS, the Islamic State is clearly one of the more barbaric terrorist groups ever to appear on the international scene. Its grisly murder of two American journalists in a videotaped beheading prompted President Obama to elevate ISIL from his characterization of the terrorists as a “J.V. team” to a “cancer” that must be “degraded and destroyed.” Not long ago, Obama dismissed as a “fantasy” that providing military aid to the Free Syrian Army, an army of “an opposition made up of former doctors, farmers, pharmacists, and so forth” would render them ableto fight both ISIS and the Assad regime; now the president has reversed his position and is calling to arm the remnants of the moderate opposition.

Dancing past his recent proclamations, President Obama gave a primetime speech to the nation calling for going after ISIL and other terrorist organizations wherever they might be, including the possibility of bombing ISIL in Syria. Citing the collaboration of other nations, including Albania and the Maldives (sounding like a revival of President Bush’s “Coalition of the Willing”), President Obama promised no U.S. combat troops would be engaged in fighting on the ground in Iraq or Syria, just in the air. Essentially, the antiwar president announced—vaguely, to be sure—the commencement of an open-ended war against ISIL that most observers suggest would be one heck of a very long campaign.

Why did the president reverse ground so quickly? He has been pretty steadfast in his reluctance to take military action until the recent 150 or so bombing sorties that U.S. forces have carried out against ISIL in Iraq. With the bravado of pronouncing the one-day-old new Iraq administration of Haider al-Abadi (which skeptics don’t think merits the president’s confidence) a major improvement over that of his predecessor, Nouri al-Maliki, and implying that Saudi Arabia (which always talks and never acts) and Turkey would be putting “boots on the ground” against ISIL, President Obama responded to the increasing war fervor in the U.S. and promised action.

The public might have to search hard to find much high profile activity of an antiwar movement that challenges President Obama’s vague prescriptions for taking on ISIL, much less the harder line taken by some members of Congress, such as Senators John McCain and Lindsay Graham. One group that has articulated an alternative to the U.S. bombing campaign is Win Without War, a coalition of groups that includes prominent organizations such as the American Friends Service Committee, Families USA, Greenpeace, MoveOn.org, the NAACP, the National Organization for Woman, the National Council of Churches, the Rainbow/PUSH Coalition, the Sierra Club, and Sojourners.

The Win Without War prescription reads like a sober, thoughtful alternative to American military bombing campaign assisted by whatever boots the administration might scare up from the largely Shiite Iraqi military, the ephemeral Saudi military, and other coalition “members.” The Win Without War statement, issued before the Obama speech, recommends the following:

Basically, Win Without War doesn’t believe that bombing can do the trick against ISIL. It might find itself agreeing with CNN military analyst Lt. Col. Rick Francona (ret.) who told CNN’s John Berman and Michaela Pereira before the Obama speech that the bombing strategy was basically one of bombing trucks: “We’re blowing up a lot of trucks. We’re spending $140,000 to fire a Hellfire missile at a $20,000 Toyota.”

Win Without War may well suspect that President Obama’s Coalition of the Willing will be no more robust than President Bush’s. On the other hand, it may be that some of the organizations listed as part of Win Without War may not fully support the antiwar position that the group is taking, despite ISIL’s beheadings of journalists Stephen Sotloff and James Foley. But a thoughtful antiwar counterweight to the drumbeat of war, whose opposite edge may be Senator Ted Cruz (R-TX), who last month called for bombing ISIL “back to the stone age,” is important to hear for rational public discourse. The Win Without War statement may be one such contribution to a necessary public debate.—Rick Cohen