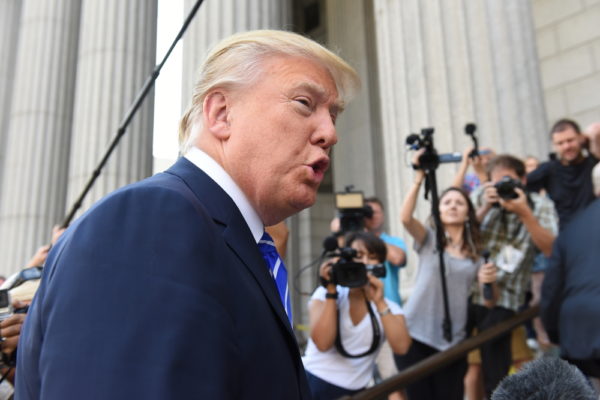 President Trump signed an executive order Monday “intended to improve the efficiency, effectiveness, and accountability of the executive branch by directing the Director of the Office of Management and Budget…to propose a plan to reorganize governmental functions and eliminate unnecessary agencies (as defined in section 551(1) of title 5, United States Code), components of agencies, and agency programs.” The OMB will have six months to assess the entire federal government and report back to the president with a plan to “reorganize the executive branch” of the federal government.

To say this executive order is ambitious is like saying a mountain range represents a change in altitude over a prairie. To perform the entire task within six months is at least as hasty as the task itself is unwieldy. And that’s not to mention how many politicians and special interests will be threatened by such a study and plan.

There are periodic efforts to reorganize government and make it more efficient, effective, and responsive. Arguably, the last such successful effort was performed by the Hoover Commission in the late 1940s—70 years ago—during the Truman administration. Subsequent efforts, such as the Grace Commission in the mid-1980s and then-Vice President Al Gore’s “Reinventing Government” initiative in the mid-1990s, were either ignored by Congress or had marginal impact on federal spending, employment, and programs.

Even with Republican control of the White House and the House of Representatives and a GOP majority in the Senate (Senate “control” almost always requires 60 votes), implementing significant changes in the federal executive branch will be daunting at the very least. The executive branch—in other words, bureaucracy itself—will advocate for its preservation and expansion as political appointees and career staff alike will see their professional lives weighed in the balance. Of course, there are so many political appointments in the Trump administration yet to be made that OMB Director Mulvaney and his staff may have problems assembling the information they need to prepare their report and recommendations. Meanwhile, executive branch officials in place will be alerting relevant Capitol Hill committee staffers to the study’s direction and progress with an eye to enlisting protective support.

Besides sponsoring politicians, every line item in the federal budget comes with built-in advocacy groups and intended and actual beneficiaries who will all instinctively rebel against change. Every expenditure is considered a worthy “investment” by a group or set of groups ready to demonstrate the negative effects of any reduction in support.

Paradoxically, the larger the federal government has become, the more things it does, and the more—and more varied—people and interests who depend on it, the less likely it is that services will be cut or even rearranged. So much of what the federal government does is cross-referenced and interdependent that only revolutionary microsurgery could unravel and decouple the inefficient and duplicative parts without all kinds of unintended consequences and collateral damage.

Nonprofit strategic planning processes sometimes include the question, “If we weren’t already doing this, would we start now? If so, would we do it the way we’re doing it now?” This is a difficult question for nonprofit executives, staffs, and boards to ask, much less answer. Take that trepidation and multiply it exponentially, and, even then, you might not get to the level of anger, frustration, and fear that a federal government reorganization would engender across all industries, professions, and communities.

As NPQ has reported recently, there are few federal activities for which the Trump administration plans to expand capacity or increase funding. This is especially true for programs and services typically aligned with the nonprofit sector. The study required by the executive order is but the latest reason nonprofits have to prepare to address the external threat of changes in governmental commitment to and support of nonprofit missions. Although history and politics do not favor major changes coming as a result of the current effort, it’s still a good idea to be prepared.—Michael Wyland