Trumping Donors’ Interest in Anonymity: The Public’s Right to Know 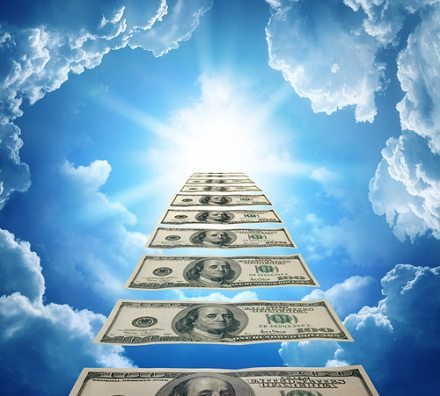 Big money is a big story—arguably the big story—in the 2012 presidential campaign and nonprofit groups are in the middle of it. The new “Super PACs” spawned by Citizens United and other Supreme Court decisions are getting hundreds of millions of dollars from 501(c) organizations like the U.S. Chamber of Commerce, Republican strategist Karl Rove’s Crossroads GPS, the Mitt Romney-backing Restore Our Future, and the pro-President Obama Priorities USA. Crossroads alone figures to pump $300 million into the 2012 elections, Politico reported in August; another $400 million or so is coming from individuals and groups backed or encouraged by billionaire industrialists Charles and David Koch.

Journalists are chasing this story because they understand that it carries tremendous potential for corruption—it’s hard for most people to believe that someone would spend $1 billion without expecting something in return—and because they know that it’s offensive to voters. Back in January, before the big money really started to flow, a poll conducted by the firm Greenberg Quinlan Rosner found that eight in 10 voters believe that there’s too much money in our elections. Two-thirds agreed that big donors and secret gifts undermine democracy. If people were indignant back then, just imagine how angry they must be now.

That’s the public side of the story, the one I focus on every day as president and CEO of Common Cause. We’re in the thick of efforts to rein in big political money and/or force disclosure of its sources. We’re even trying, against heavy odds, to amend the Constitution to allow Congress to again impose controls on corporate and individual political spending. Thanks largely to our efforts, voters in Montana and Colorado will have an opportunity this November to send a message—actually, an instruction—to their congressional representatives. Ballot initiatives in those states include language directing the state’s congressmen and senators to push for passage of an amendment authorizing limits on political spending. A century ago, similar state instructions led to passage of the 17th amendment, providing for direct election of senators.

But there’s another side to this story, one that is of particular interest to nonprofit leaders. It centers on a series of questions: Will this wave of political spending from a tiny sliver of the nonprofit community impact the community as a whole? Could the political activism of the new (c)(4)s trigger a donor backlash that depresses donations to other, non-political charities? And finally, will public support for disclosure of donors to the political (c)(4)s trigger legislation that forces disclosure of gifts to other nonprofits, prompting publicity-shy donors to close their checkbooks?

The (c)(4)s have long had a political dimension, notes Dr. Leslie Lenkowsky, professor of public affairs and philanthropic studies at Indiana University; their activity doesn’t seem to have had repercussions for other non-profits, and there’s little reason to fear that it will, he says. Donors understand that there are a variety of different kinds of groups and they adjust their giving accordingly, Lenkowsky suggests.

Diana Aviv, president and CEO of Independent Sector, is a bit more wary. Publicity directed at the new wave of political (c)(4)s may undercut a longstanding public sense that one of the strengths of the nonprofit community is its separation from politics, she says. She suggests that if donors begin to view the political nonprofits as the tip of an iceberg, other nonprofits may see trouble in their balance sheets.

Both Lenkowsky and Aviv say they’re far more focused on the possibility that pressure for the disclosure of political (c)(4) donors will morph into a drive for laws forcing more disclosure of other nonprofit donors. Aviv, whose organization recently commissioned a poll on public attitudes toward the charitable sector (it found a 10 percentage point improvement, up to 68 percent, in approval ratings over the last five years) says Independent Sector is studying the tension between the privacy rights of charitable donors and the public’s right to know who is spending money to influence elections and public policy. Lenkowsky suggests that those competing rights might be balanced by laws that draw a sharper line between issue advocacy and supporting or opposing candidates, giving nonprofits a free hand to engage in the former but imposing some restrictions on the latter.

It might make sense to let (c)(4) groups keep their donors private but limit their political activity in the weeks or months leading up to an election, Lenkowsky says. Free speech “deserves a lot of latitude,” but there is precedent for some restrictions on its timing, location and the manner in which it’s expressed, he argues.

Those familiar with Common Cause won’t be surprised to read that I come down on the side of the public’s right to know, particularly when it comes to money spent to influence elections. In the next Congress, we expect to work again in support of legislation along the lines of the DISCLOSE Act; it would require groups—including nonprofits—which spend money on political advertising or other electioneering activities to reveal their donors. We’re convinced that voters have a right to know who is attempting to influence their votes and that disclosure can serve as an important check on attempts by political donors to secure legislation, government contracts or other benefits in return for their spending. All that said, I also have plenty of experience with donors who have good reasons for wanting to remain anonymous. Finding a middle ground in this emerging debate will be a challenge.

Bob Edgar is president and CEO of Common Cause.