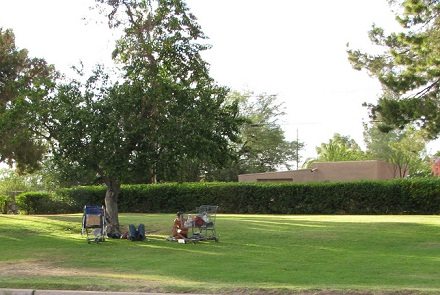 The Giving Tree, a Tucson, Ariz.-based charity for the homeless, has announced that it is shutting down. This comes after a 2009 investigation by the Arizona Daily Star “found that it served expired and potentially unsafe food to needy kids, charged clients hundreds of dollars a month to live in overcrowded rental homes and at least twice made a public display of giving kids gifts at holiday parties, only to take them back later.” That’s pretty awful stuff. If the Daily Star is correct, one can imagine that despite the reported overcharged rents, overcrowded apartments, and unsafe food, it would be the alleged manipulative use of kids at holiday parties that tipped off donors that the Giving Tree’s problems may not have been just inadequate management, but seriously compromised ethics.

After the Daily Star’s investigation, the 14-year-old organization lost financial support and its longtime director, Libby Wright, retired. Though a new board tried to revive the place, the loss of financial support was too severe, leading to foreclosure actions concerning some of the homes that it maintained as homeless residences, a suit for nonpayment of rent at its thrift store, and a staff lockout at the organization’s headquarters by the landlord. According to Giving Tree Volunteer Director Rodney Williams, the decision to shut down at long last was due to money problems. He called Giving Tree’s predicament “a nightmare that doesn’t end.”

Under Wright, there were a number of policies and practices that some considered odd. An official from mortgage holder Vantage West has alleged potential fraud on loan paperwork (Wright’s husband says that a signature in his name isn’t his). Another alleged problematic practice concerned Giving Tree’s compelling “homeless people using its facilities to work without pay in its thrift stores and to hand over their food stamps while also paying rent in exchange for a place to stay,” the Arizona Daily Star reports. Wright’s husband says that Williams has been taking the organization apart piece by piece from the beginning and scapegoating his wife for the organization’s problems.

Sometimes, a nonprofit’s problems are so deeply ingrained in its roots that even radical surgery cannot correct the problem. If the allegations reported in the Daily Star are true, that may have been the case with the Giving Tree and we can’t imagine the kind of nonprofit exorcism that would have been required to rid the organization of its problems and put it on the road to an ethical mode of program implementation.—Rick Cohen