Twitter for Nonprofits: It’s Who (Not Just How Many) You Know 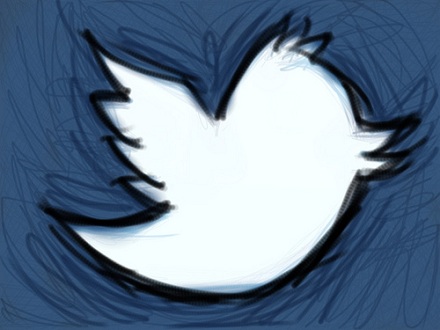 Twitter can do some great things for nonprofit organizations that take the time to understand what you can do with it—and what you shouldn’t do with it. Twitter was conceived as a way to share short messages as a “micro-blog,” a mini-posting of useful information. That famous 140-character limit for messages was enforced because people could then use Twitter via text messages on phones that limit your characters in every message. The platform took off because it gave people a way to keep in touch with important ideas, institutions and, yes, charities—without having to read overwhelming amounts of text.

Twitter success is not, however, measured simply by one’s number of followers, though that is a common misperception. Articles across the web talk about getting more Twitter followers. But the real question is, do you have the right followers? Services like Klout try to measure influence not just by how many followers you have (though again, numbers do count some) but whether those followers actually interact with you. Do they retweet your messages, amplifying your nonprofit cause to an interested audience? Or are they just following you in the hopes you’ll follow them so their numbers look big to their audiences? Let’s say you get three new follows on Twitter; click on each new follower’s profile and let’s see if you have a friend, a foe, or a robot on your hands.

First, let’s say you find a Twitter follower who has a profile that talks about things relevant to your mission, your community or some other connection. That person has a following that is close to or exceeds the number of people they follow (example: follows 140 people; followed by 180 people). Hurray! You have an influencer that matters to you! Verdict: real friend.

Next, let’s say your second new follower isn’t interested in you, but in finding out who is following you and what you are saying to see if they can grab that attention away from your timeline on Twitter. These folks typically have fewer followers than the number they follow (example: follows 5,432 people; followed by 4,320 people). They tend to be self-interested and are very unlikely to be helpful in talking about your mission. Rats. Not a crisis, but not the people you’re hoping for. Verdict: foe.

For your third hypothetical new follow, it looks like someone created a fake Twitter profile, perhaps with the alluring Twitter handle of @12lksdlf43lkdj. Often, these profiles are automated, searching for new accounts or keywords to follow; that is, they are robots. This fake account will have a profile description of something like “LOL! I didn’t believe it, either! www.dangerous.malware.” If you go to a conference and use the hashtag for that event, you’re likely to get a few new followers like this. Verdict: robot!

Do everyone a favor, regardless of your desire to have a large number of Twitter followers. Report these ‘bot accounts as spam, which will remove them from your follower list and block them. This good deed will slow the spread of bad things on the Internet, and then Twitter is more likely to be really useful to you and your supporters in the future. Remember, a cultivated Twitter following is like a well-maintained donor list. Don’t waste your time mailing things to people who have no interest in supporting you, and don’t support ‘bots just because you want more followers. Instead, maintain the kind of account that causes others to respond with a “Hurray!” when you follow them.

Steve Boland lives at the intersection of community, policy and technology. Steve holds a Master of Nonprofit Management from Hamline University, and is a regular contributor to Nonprofit Quarterly. He can be reached at [email protected] or twitter.com/steveboland.

Surfacing the E-fluencers: Measuring the Influence of Your...