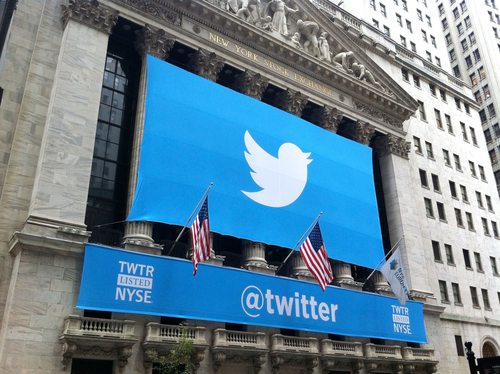 On Wednesday, Rob Meiksins wrote a newswire concerning the efforts of tech industry companies to address the lack of diversity in their organizations. In that piece, he brought up the efforts of Freada Kapor Klein of the Kapor Center for Social Impact to get social media outlet Twitter to reveal its diversity statistics, as Google and Facebook have already done. Ms. Klein need strive no more on that score; on Wednesday, Twitter released a blog post containing its diversity data, including the graphs printed below. 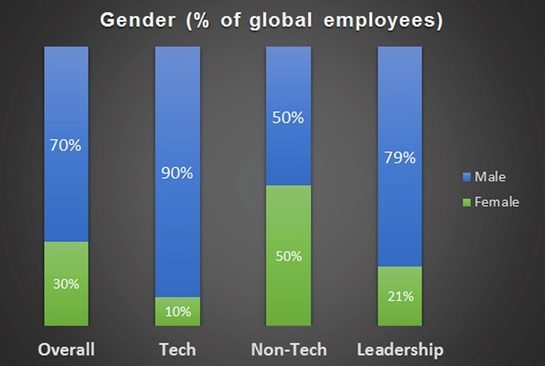 As is shown, the numbers are typical of those revealed by the other companies in the field: the leadership at Twitter is just under 80 percent male and just over 70 percent white. Concentrating on the tech side of the organization moves the needle even further; that aspect of the company is 90 percent male. VentureBeat notes that these proportions sync up with percentages of women pursuing careers in the computer science field. As far as ethnicity goes, based on employee self-reporting, Twitter overall is 60 percent white and 30 percent people of Asian descent. That last ten percent comprises people who identified as Black/African-American, Hispanic/Latino, American Indian or Alaskan Native, Native Hawaiian or other Pacific Islander, or “being of two or more races.”

Twitter acknowledged in their blog post that they “had a lot of work to do” in making for a more balanced, equitable company. In her entry, Janet Van Huysse, VP, Diversity and Inclusion, listed a number of ways that Twitter would strive to be “a business they could be proud of.” Among them are listed several initiatives involving nonprofits:

“By becoming more transparent with our employee data,” Van Huysse wrote, “open in dialogue throughout the company, and rigorous in our recruiting, hiring and promotion practices, we are making diversity an important business issue for ourselves.” Let’s hope that these efforts will move Twitter into the vanguard of inclusion and away from pack of technological clones that appear, from this particular perspective, largely the same.—Jason Schneiderman