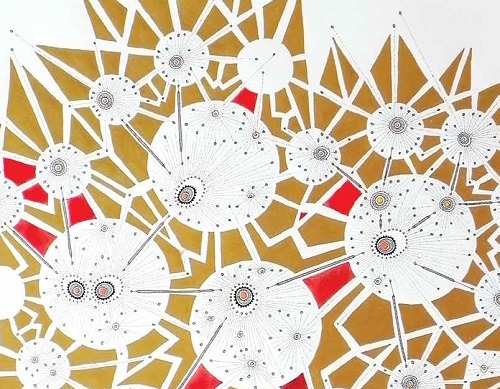 Editors’ note: This article was adapted from a study published by New Media & Society, SAGE Publications (www.sagepub.co.uk), in June 2014 (vol. 16, no. 4). We thank NMS, SAGE, and the author for their kind permission. The author wishes to thank Tim Carlson, Cory Eng, Lily Ly, and Kiyomi Higutchi for assistance in coding, and W. Lance Bennett, Deen Freelon, Lew Friedland, and anonymous reviewers for their helpful suggestions on the manuscript. Research for the study was supported by a University of Washington Department of Communication Graduate Student Research Grant.

Since the mid-nineteenth century, particularly in the United States, civic institutions such as political parties, interest groups, government watchdogs, and community associations have provided essential connections between individual citizens and political processes. They have coordinated collective efforts, developed political resources, and offered strategic expertise in navigating complex political waters. They have also been conduits of civic information, producing newsletters and pamphlets describing issues and positions, hosting interpersonal meetings, and providing interpretation of information from journalists and other sources. Given these essential roles, it is hard to imagine the future of public engagement without such institutions. Over the course of the second half of the twentieth century, however, these institutions declined and their work changed.

A number of explanations have been offered for the decline,1 and while not contradicting any of these, the framework of civic information styles that this article advances adds a new perspective.

We argue that a paradigm shift in the logic and structure of the information system is underway, which may entail a period of disjuncture as institutions of democratic society lag behind (especially younger) individuals’ preferences and habits with respect to how they interact with civic information. The framework’s communication- centered view suggests that part of the disjuncture may be attributable to civic organizations’ adaptation to the “media politics” of the late twentieth century, in which their communications became driven by the need to compete in a highly competitive, mass-mediated political communication environment.2 Organizations’ needs for active member input were lowered, as they relied increasingly on experts to frame both policy and their public face, and the costs of member input were raised, as the risk of members’ actions or communications disrupting the carefully honed message of the communication officials increased.

This falls in line with Theda Skocpol’s analysis of participation in civic organizations, in which she notes a shift in organizations’ structures from “membership”’ organizations rooted in small, personal gatherings to “management” conglomerates aggregating the resources—often simply financial—of disparate individuals into a strategically directed political force.3 These management organizations offer a citizen–communication relationship increasingly in conflict with the participatory preferences that have been developing over the past several decades, and the rapid dispersion of digital communication technologies in the last decade, in particular, has spurred scholarly interest in how changes in communication technology might be reshaping—and possibly reinvigorating—citizens’ opportunities and inclinations for engagement. In addition, research has especially focused on the engagement of young citizens, a population historically underengaged and among the most active users of digital media.4

This article, too, concentrates on young people and engagement; however, unlike much recent work on digital media and civic engagement, it does not cover the myriad ways in which digital media enable novel forms of decentralized and personalized social movements or activities. As exciting as these new forms of political communication are, this study makes the case that it would be a mistake to neglect how digital media are transforming the relationship between citizens and the major civic organizations that have guided American civic life for the past 150 years.5 This article’s aim, therefore, is to reconsider the faltering civic engagement record of young people through the lens of the communication relationship between citizens and civic organizations, and to consider how that relationship is changing— and has the potential to change—with the introduction of interactive digital media.

The article proceeds in two steps. First, building on earlier work on changing civic identities,6 it develops a framework of two civic information styles at play in contemporary Western societies. We then apply that civic information framework to reconsider the relationship between major organizations of civil society and young citizens.