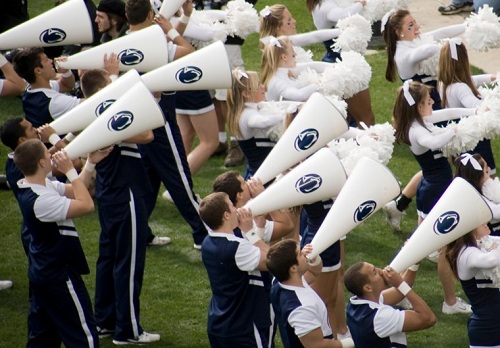 There are plenty of nonprofits that latch onto a new kitschy idea and get outsized and unwarranted attention, but The Sparkle Effect is different. Founder Sarah Cronk’s organization develops high school and college cheerleading teams that include both able-bodied and disabled students. Cronk first did that for her own high school cheer team in Bettendorf, Iowa by making it inclusive of students with disabilities. Now, her nonprofit has almost 100 inclusive cheer teams around the nation.

Several aspects of the Sparkle Effect are worth noting. For one thing, the disabled participants are full members of the cheer teams, not honorary members. That degree of inclusiveness is striking. Also, the Sparkle Effect seems to operate relatively cheaply. Cronk is now going to college in Washington State, but she gets help from a couple of her friends with the nonprofit’s management and operations. Their willingness to fly to emerging Sparkle squads around the nation and to offer free help would suggest some costs are involved, however, on GuideStar, the Sparkle Effect only has one Form 990 posted—from 2009 with total income of less than $1,000.

This may be a true example of a voluntary charity, virtually eschewing outside support. Nonetheless, we will be eager to figure out how the Sparkle Effect can provide free training and technical assistance for its member cheerleading teams while helping to organize new squads without a little cash in hand. Perhaps the $100,000 they recently received as a “Do Something” award winner may be a tool in their financial picture. –Rick Cohen