Two Universities’ Encounter with a Firm under SEC Investigation: Years of Donations in Question 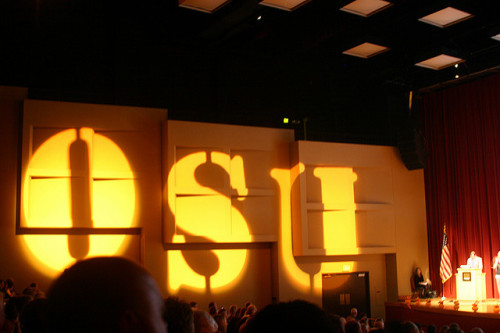 NPQ has covered a number of cases where gifts to philanthropy have been used to help construct the image of success needed to con business investors out of their money. And this story appears no different—resulting in a crisis that’s not only reputational but also carries the risk of a demand for a return of gifts so that defrauded investors can be repaid.

Aequitas Capital Management, a finance firm in Lake Oswego, Oregon, announced a few months ago that it would give scholarships to students of finance at the University of Oregon and Oregon State University. At the same time, the firm was opening a new office in Manhattan and, according to the U.S. Securities and Exchange Commission, spending as though the company were larger than it was in an effort to bring new investors in to cover payments to old investors in what the SEC describes as a classic Ponzi scheme. The firm was, in fact, in what the SEC termed “calamitous financial condition.”

Aequitas CEO Bob Jesenik and Vice President Brian Oliver were alums of UO and OSU respectively. Each had given to the two Oregon public universities over some years and had been in volunteer leadership roles. But all of that will grind to a halt as a receiver has been appointed by the federal court to rescue as much of investors’ funds as possible by closing dozens of Aequitas-created subsidiaries and investment funds. And when that happens, there is every possibility that the court will also try to “claw back” some of those donated dollars.

The total that had been donated by the two men is not yet known, but UO has spent all the money Aequitas has donated. As yet, OSU officials were unable to provide a current accounting of what had been given.

Aequitas’ business model was based on unconventional investments, many some kind of debt obligations, that promised high returns.

In 2007, Jesenik became one of the founders of UO’s Cameron Center for Finance and Securities Analysis. He was also on the college’s business advisory council, which meets twice a year to guide the dean. Jesenik was a judge at the annual student business plan competition and gave to the college’s general purpose Investors Fund.

Oliver, who was the Aequitas executive vice president and Jesenik’s longtime chief money raiser, received a “distinguished early career” award from OSU in 2008 for his work at Aequitas. He was on the college’s Entrepreneurial Education Advisory Board, the Austin Entrepreneurship Program Advisory Board, and the “Dean’s Circle of Excellence,” which is made up of large donors.

In short, the relationship is pretty intimate, but OSU spokesman Steve Clark says that is essentially no big loss. “A businessperson or business representative on a board like that is one of many voices,” Clark said. “They don’t actually establish a course, a direction or a philosophy for the college—in this case the College of Business—but they provide advice, guidance and support to the dean. Their involvement, or their lack of involvement in the future, would not affect the direction of the college.”

The immediate cause of Aequitas’s failure may have started with its purchase of student debt from for-profit Corinthian Colleges, which collapsed in 2014 after federal pressure was brought to bear about their lending practices. Faced with debt that was now virtually uncollectable, Aequitas turned to new investors to cover their operating deficits.

“Rather than change the business to reduce expenses or increase operating income,” the SEC alleges, “Jesenik and Oliver decided to cover the cash shortfall—and continue paying the growing expenses of the enterprise, including their own salaries, a private jet and pilots, and dinners and golf outings for prospective investors—by raising funds from new investors and convincing prior investors to reinvest. Between January 2014 and January 2016, they raised approximately $350 million.”

Jesenik and Oliver were ousted by the SEC action in March.

This is not the first rodeo for UO, which had a similar encounter in the late 1990s with Capital Consultants, a Portland investment firm. Jeffrey Grayson, the firm’s CEO and an alumnus, served as president of the UO Foundation in the mid-1990s and was co-chairman of UO President Dave Frohnmayer’s “Campaign for Oregon,” which raised record sums. The law school building was renamed Grayson Hall before that company, also known for unorthodox deals, was subjected to an SEC investigation; in that case, the court-appointed receiver did try to recover $850,000 from the UO for investors. In the end, “The university waited six months as criticism mounted and then returned the $850,000. Over the subsequent winter break, the university scraped Grayson’s name off of the remodeled building’s sign and replaced it with [its former name] ‘McKenzie Hall.’”—Ruth McCambridge