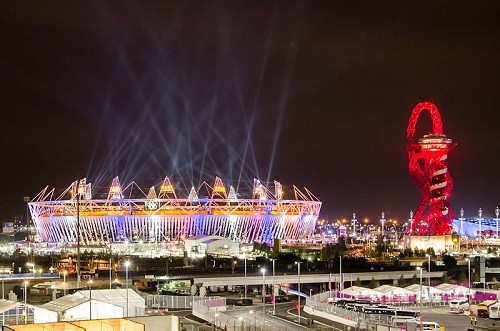 The National Council for Voluntary Organisations, under the direction of its leader, Sir Stuart Etherington, has launched a campaign to recruit more volunteers for British charities. Etherington’s idea is to recapture the excitement and momentum of the volunteerism associated with the Olympics and Paralympics in London last year. The U.K. took a lot of pride in the games and ascribes part of their success to the Team London Ambassadors and Games Maker volunteers. According to Etherington, “Their guidance and expertise proved indispensable to the smooth running of the Games, and the indomitable cheer of those purple-clad champions came to define London 2012 and prove that volunteering is, at its heart, a joyful thing to do.”

Unwilling to let the enthusiasm and energy go to waste, Etherington’s new campaign “aims to harness the volunteer spirit that lifted London 2012 and use it to boost support for charities and voluntary organisations in the difficult year ahead.” He knows as well as anyone that British charities are in for a tough time given an austerity-minded Tory government running the show and pushing “cuts in statutory funding…[with] public donations decreasing.” Like U.S. nonprofits, when financial capital is tight, charities turn to reservoirs of human capital.

Etherington cites statistics on volunteerism in the U.K. indicating that 30 percent of people in England volunteered with a charity or some other kind of voluntary organization at least monthly in 2012. Overall, 71 percent of people volunteered at least once during the year, an increase from 65 percent in the previous year.

Etherington notes, as many people fail to do, that volunteerism “requires a certain amount of investment from charities and voluntary organisations.” He points out, “Volunteers must be trained, deployed correctly and thanked appropriately; they need to be treated not as extras, but as essential components of an organisation’s work.” He adds, “Charities and voluntary organisations must also ensure that volunteers are clear about their role and what is required of them. Like any job, volunteering needs a sense of purpose, goals and structure, and charities will benefit from taking the time to devise clearly defined, volunteer roles that both answer to their organisational needs and are tailored to the skills and interests of the individual volunteer.”

It’s nice to see a reminder that volunteerism should bring benefits, in terms of skills and knowledge, to the volunteers, as well as an acknowledgement that volunteerism only works with good volunteer management on the part of the host organization. —Rick Cohen