U.S. Called on the Carpet by IMF for Sequester Shenanigans 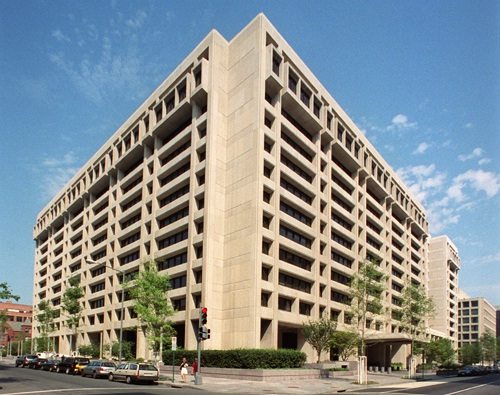 Usually, it’s the U.S. that dictates to other nations, as well as international organizations, about cleaning up their financial acts, lest the U.S. economy get tarnished. But last week, the message went in the reverse direction.

The International Monetary Fund’s annual review of the U.S. economy took a two-by-four to U.S. fiscal policy; namely, the sequester: “On the fiscal front, the deficit reduction in 2013 has been excessively rapid and ill-designed,” the IMF report said. “In particular, the automatic spending cuts (‘sequester’) not only exert a heavy toll on growth in the short term, but the indiscriminate reductions in education, science, and infrastructure spending could also reduce medium-term potential growth.”

The review even gave something of a thumbs-up to President Obama’s FY2014 budget submission, saying, “These cuts should be replaced with a back-loaded mix of entitlement savings and new revenues, along the lines of the Administration’s budget proposal.”

In an interview, IMF director Christine Lagarde predicted a 1.9 percent rate of growth in the U.S. economy through 2013, powered partly by the housing market recovery, but downgraded the IMF’s earlier predictions for growth in 2014 from 3 percent to 2.7 percent due to the sequester. Lagarde argues that the U.S. should slow down its austerity planning until the economy is stronger, especially since despite evidence of a recovery, employment is still lagging.

Getting less attention than the IMF critique of the sequester is Lagarde’s comment to Fox News that while the U.S. should slow down the sequester, it should speed up “long-term measures that will be critical for the U.S. economy that need to be taken now, particularly concerning entitlements.” In the end, once Congress and the White House recognize that the sequester is one heck of a thoughtless approach to budget-cutting, they may, with the help of nonprofit advocates, deep-six the sequester as having a minimal impact on the deficit but lots of negative effects on critical programs and public services. The two parties will each complain about the other vociferously as they stagger to an all-but-unavoidable agreement that the sequester was bad policy.

But will the two parties agree on entitlement reform? Despite the president’s flirtation with “chained CPI” as a component of entitlement reform, the two parties face an ideological chasm to bridge. When it really comes down to it, the right wing of the Republican Party, including the Republicans’ in-house libertarians, is deeply suspicious of entitlements. They view recipients of Social Security, disability benefits, and public assistance as “takers” out for the goodies that government can distribute without more than a modicum of personal social responsibility. To them, public assistance as designed in the New Deal was meant for destitute widows, with Social Security as assistance for old people at a time when the typical American life expectancy was 62. When candidate Mitt Romney uttered his commentary about the entitled behavior of those 47 percent of Americans “who are dependent upon government, who believe that they are victims, who believe that government has a responsibility to care for them, who believe that they are entitled to health care, to food, to housing, to you name it,” he might not have intended to have the surreptitiously videotaped comment circulated, but it was an honest reflection of what he and many other Republicans actually feel.

Maybe next time, Christine Lagarde can send the annual report to members of Congress as well as the head of state, so that the lawmakers who need to better understand the long-term, cumulative, compounding impact of the sequester get it.—Rick Cohen