U.S. Jurisdiction in the FIFA Scandal: Why Sepp Blatter Might Be Concerned 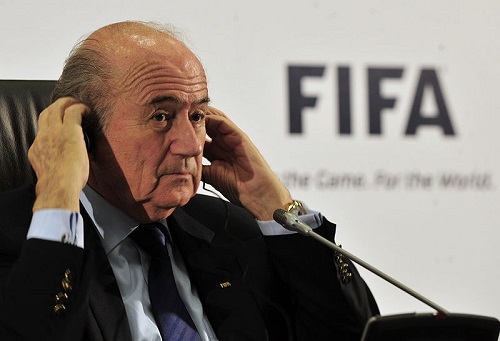 For those of us in the nonprofit sector who worry that the most minor misstep will be a professional albatross for time immemorial, there’s the role model of FIFA’s Sepp Blatter, who was reelected to his fifth term as president of the governing body of international soccer—er, football. In the words of USA Today’s Martin Rogers, “Sepp Blatter, playing the role of the cartoon villain, retained his position as soccer’s global dictator on Friday as the collective of bureaucrats and administrators who control the world’s most popular game showed once more how little they care for what those devoted fans think.” Blatter seemed blithely unconcerned during his reelection “campaign” that numbers of his colleagues were in danger of spending long visits on the inside of jail cells.

Blatter has not been charged or indicted with any of the crimes that have led U.S. authorities to grab ahold of a number of FIFA board members around allegations of bribery and other forms of financial chicanery. However, Blatter does seem to carefully avoid the geography of the U.S. in his international travels, suggesting concern on his part that that showing up in this country might lead to some sort of legal action that hasn’t been announced publicly. (A sealed indictment of some sort, maybe, but on that we merely speculate.) There is nothing specific out there amid all of the rampant corruption documented about FIFA for years that clearly links Blatter himself to the money trail.

FIFA, however, is a nonprofit organization based in Switzerland. Blatter presumably would have little to fear from U.S. prosecution, since the alleged scandalous behavior occurred within a non-U.S. organization by, for the most part, persons who aren’t U.S. citizens. However, Berliner Corcoran & Rowe attorney Bruce Zagaris recently clarified for Russia’s online press service, Sputnik, why the U.S. would be able to exercise the legal authority it has in calling for the arrest of the dozen or so FIFA executives and affiliated corporate officials, basically identifying three factors:

It isn’t quite clear whether that was the message the Russian authorities wanted to hear, though Zagaris and another sports attorney, Samuel Okoronkwo, noted that Switzerland could also have a legal basis for action concerning FIFA and has launched its own investigations. Sputnik headlined its article, “Switzerland May Be Venue for FIFA’s Corruption Case’s Legal Proceedings” and subtitled the piece, “Switzerland can make a good case for the proceedings since FIFA is based in the country, Bruce Zagaris told Sputnik,” despite the fact that most of the article and most of Zagaris’s commentary was in explanation of U.S. jurisdiction.

As NPQ has noted, Russia’s Vladimir Putin has expressed his unhappiness about the U.S. Justice Department action. He contends that the U.S. has no legal basis for intervening in FIFA with the indictments and arrests. As an editorial in the Guardian noted, Putin’s opposition “may be a good reason to persist” with U.S. actions against the FIFA cronies:

“The FIFA saga is a parable for the modern age. It is a tale of power and money and greed. It is the story of how the world’s most popular global sport was hijacked, corrupted and sold out by a handful of self-serving individuals sponsored by multinational corporations…The point here is not that corrupt practices are tolerable. They are not. The point is that Blatter, and those accused of wrongdoing are not the only—or even the biggest—problem. It is football’s governing system that is at fault, a system that has habitually allowed FIFA in effect to set itself above national laws, democratic scrutiny and ethical norms…In the end, the appalling Blatter is not FIFA. As an organization comprising 209 national football associations, FIFA is the sum of its parts. And if the leaders of some of these associations, their delegates and nominated executives offer or accept bribes, placing personal gain before the interests of their national teams and fans, who is to stop them?”

In the end, Putin will score some points in his complaint that the legal actions of the U.S. against FIFA are an unwarranted, unjustifiable kind of legal imperialism. One has to wonder why it required the U.S., hardly the world’s most significant soccer power, to begin dragging some of the more egregious crooks in FIFA into the courts. Where the heck were the legal authorities of any of the other nations that have at least as much reason than the U.S. to feel aggrieved by FIFA’s long-documented financial shenanigans? Until Sepp Blatter feels as much reluctance to visit these other countries (will he be in Vancouver on June 18th when Canada’s national women’s soccer team plays Germany?) as he does the U.S., FIFA is going to remain an international nonprofit sports cesspool for trading favors and bribery.—Rick Cohen

For a look at the reaction of FIFA’s corporate sponsors and benefactors to this morass, read our feature article here.