UC Uses Crowdfunding In Campaign to Draw on a New Demographic 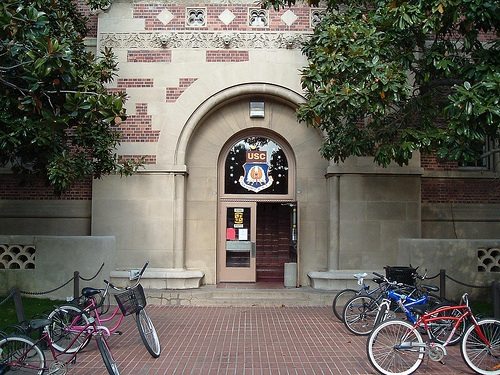 In its recently launched crowdfunding site, Promise for Education, the University of California explains that throughout its history, “Our promise, as a public research university, has always been to provide the brightest Californians a world-class education at an affordable price.” State funding cutbacks that began 20 years ago and have increased in the past few years, however, have resulted in California now funding only 39 percent of a UC student’s education, where it used to cover 78 percent. UC acknowledges that tuition, at $13,200, while “still more affordable than other top-flight private and public research universities, is roughly double what it was five years ago.” According to the College Board, only Arizona has had a higher rate of increase in public four-year institutions. Against this daunting economic backdrop, UC administrators are hoping that Jamie Foxx’s promise to rap like Bill Clinton, Barack Obama, and Monique—and others like it—will not only raise money for undergrads, but will also increase awareness of the system’s funding challenges with a new demographic.

According to UC Berkeley, Promise for Education is an extension of Project You Can, an effort to raise $1 billion for student scholarships and grants by the end of 2014. It has already raised $700 million, and in addition to serving as a hub for supporters to make gifts directly to any of the ten UC campuses for undergraduate, graduate, or professional student scholarships, the site also serves as a central news center for scholarship information. With Promise for Education, UC is encouraging current students and supporters of the UC system to get creative. So far, promises include temporary name changes, 50 dozen cookies to be baked and delivered to Berkeley’s library during finals week, and a brown-bag lunch with a student from each UC campus with Governor Jerry Brown. UC partnered with Noise (a creative agency focused on 18-34 year olds), Facebook, and Spotify and Musik on the initiative.

While UC is welcoming creativity in Promise for Education, system administrators have been systematic about their plan to treat all dollars contributed through the initiative as supplementary “to dollars students receive from UC’s financial aid program.” The approval of Proposition 30 last year offset a tuition increase at UC for the current academic year, but the adverse effect on students of recent state cutbacks remain. More than just total dollars raised, it will be interesting to see how Promise for Education’s direct appeals engage students, alums and others with the issue of financial aid, and whether UC opts to make this make this campaign an annual event.—Anne Eigeman