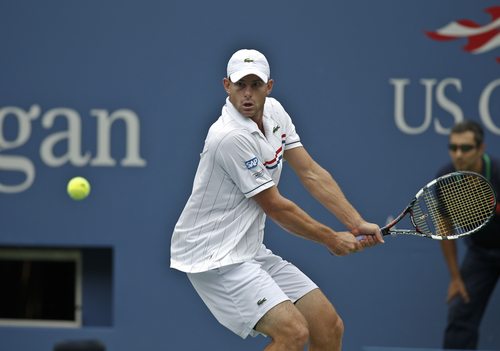 A USA TODAY headline reads: “Andy Roddick sues cancer charity for unpaid appearance fee.” As far as press from celebrity charity goes, that has to be one of the worst end results we’ve seen. How did it get to this point? The charity in question is the Miracle Match Foundation, and according to Roddick, it sent him two checks for $50,000—$100,000 total—to play in a tennis match for charity and hobnob with attendees at that match this past fall. According to the lawsuit filed by Andy R. Inc., the two checks bounced shortly thereafter.

It looks like the Miracle Match Foundation has had some significant management problems. The last year for which it filed an Internal Revenue Service Form 990 is 2004, but it now has regained its tax-exempt status with the IRS. According to Michigan’s WOOD-TV, Miracle Match founder and Grand Rapids, Mich.-based tennis pro Bill Przybysz filed for personal bankruptcy in 2010. He has reportedly been battling leukemia and he told WOOD that, while he was struggling with his health, the foundation was “dormant” for a number of years. Even going back to 2004, however, there are questions as to the charitable contributions of the foundation, as only $3,616 went to “sick kids/family support” in that year, while there was reportedly a negative balance of $377,000. Przybysz told WOOD-TV, “I have leukemia. I did my best.”

It’s unlikely that anyone would point to the Miracle Match Foundation as a poster child for consistent nonprofit management. That said, given that the Miracle Match Foundation was able to regain its IRS tax-exempt status, it would seem to be a legitimate charity (unless the IRS is doing a really terrible job with its certifications). As for Roddick’s lawsuit, we’re in no position to confirm or deny whether he was promised two $50,000 checks that he received and that then bounced. In one sense, it doesn’t matter that we’re talking about a charity here, and in another sense, it matters immensely. There is no question that charities should be held legally accountable if they break a contract just like any other organization. But unless Roddick has reason to believe that Miracle Match is running some sort of scam from which he wants to protect other people, what amazes us is that he thought it worthwhile to bring this case in the first place.

Pretend that you are a philanthropic advisor or public relations advisor to Andy Roddick. The tennis star comes to you and says that he lost out on $100,000 from a cancer charity event. Wouldn’t you point out that, in 2012, Forbes ranked Roddick as one of the world’s top-paid tennis stars and estimated that he earned $8.8 million? Given that income scale, wouldn’t you suggest that $100,000 or a principled stand isn’t worth headlines that will inevitably pit the wealthy tennis star against the cancer charity? In any case, we’ll keep an eye on this one. –Mike Keefe-Feldman