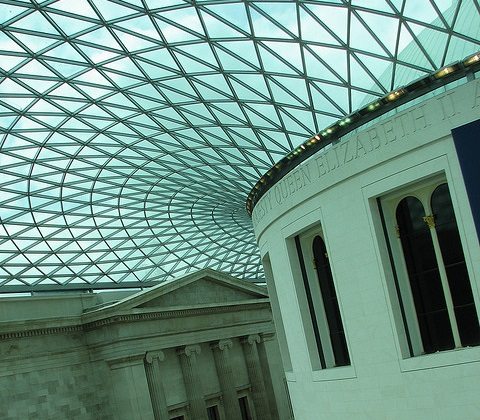 Chartered Institute of Library & Information Professionals (CILIP), a registered charity, has launched a campaign challenging a restrictive copyright law in England that prevents museums from using some historical material until the year 2039, finding support from some of the most prominent museums in the country.

According to the Designs and Patents Act of 1988, museums, libraries or any other organization may not use unpublished works from authors who died before 1989 until 2039. The chair of the Libraries and Archives Copyright Alliance, Naomi Korn, calls these laws “completely out of date and inconsistent with contemporary copyright laws,” saying they largely prevent society from showcasing the full extent of its history.

The campaign advocates instead reducing the term of copyright protection to the author’s lifetime plus 70 years—for example, a letter written by a World War II soldier who died in 1942 would receive copyright protection until 2012, rather than 2039, as required by the current law.

Several organizations such as the Imperial War Museum, the University of Leeds, the National Library of Scotland and the Collection Trust, among others, have joined the “Free Our History” campaign, having been left with bare showcases where historical documents should be. CILIP has begun using the hashtag #catch2039 to raise awareness and allow the public, as well as museums, to document the impact of the copyright law.

This case should contain a #WW1 soldier’s letter. B/c of UK copyright laws the letter cannot be displayed #catch2039 pic.twitter.com/U2L6I3SkAv

#Catch2039 – the absurd nature of the regulation of copyright pic.twitter.com/7WDzSvEWHb

Normally, in such situations, the rights from the original holder could be transferred to the museum or library wishing to display the artifact. However, in these circumstances, there is often no rights holder either living or to be identified. As such, according to CILIP’s website, nearly 50 percent of the UK’s archival records are “orphan works” without a rights holder. The Imperial War Museum estimates nearly 20 to 25 percent of 7.9 million documents in their archives are without a rights holder. These artifacts fall into the gaps of the copyright law, unable to be seen freely by the public.

Issues of copyright laws are not uncommon in museums, particularly with the ubiquitous nature of cameras and camera phones. Currently, institutions like the Metropolitan Museum of Art, the National Gallery of Art, and the Getty Museum, among others, have policies that allow photography in some or all of their collections. According to Julie Ahrens, a lawyer at the Center for Internet and Society at Stanford University, a photograph of a work can be considered a “derivative work,” which could subsequently violate the copyright of the piece. Museums have found their way around this issue and allowed photography of some pieces by stipulating to lenders that the images taken would be for noncommercial use.

The campaign comes a week after the UK’s Department for Business, Innovation and Skills (BIS) released a new copyright licensing scheme targeting the issues that arise from orphan works where the rights holder cannot be identified. Through this change, orphan works can be “reproduced on websites, in books, and on TV without breaking the law, while protecting the rights of owners so they can be remunerated if they come forward.” According to Baroness Lucy Neville-Rolfe, Minister for Intellectual Property, “The scheme has been designed to protect right holders and give them a proper return if they reappear, while ensuring that citizens and consumers will be able to access more of our country’s great creations, more easily.”

However, this change would not impact unpublished work, which is the driving force behind #change2039. BIS has said it is currently in consultation to reduce the copyright term for unpublished works and has allowed museums to display unpublished work in cases that are currently empty.—Shafaq Hasan