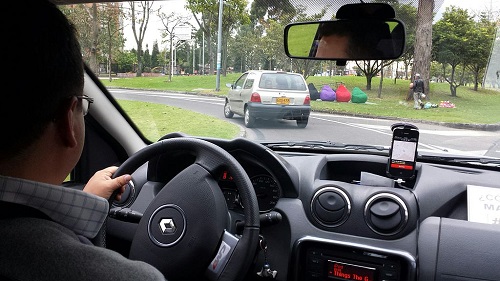 It was the partnership that could have been, but never was. On March 10th, the transportation-booking app Uber announced a partnership with UN Women “toward a shared vision of equality and women’s empowerment,” according to a virtual letter signed by Uber CEO Travis Kalanick and UN Women’s executive director Phumzile Mlambo-Ngcuka.

The initiative proposed creating one million jobs for women worldwide as Uber drivers by 2020. Currently, only 14 percent of Uber’s drivers in the United States are female. Yet as quickly and abruptly as the collaboration was proposed, three days later, on March 13th, UN Women backtracked and declined to move forward with the collaboration.

As a separate, but affiliated organization of the larger United Nations, the UN Women organization focuses on promoting gender equality. Their widely publicized recent #HeForShe campaign spearheaded by Harry Potter star Emma Watson targeted men specifically to stand up to gender discrimination. While it’s still unclear what role UN Women would have played had a collaboration moved forward, it does make sense that Uber would reach out to the organization for such a partnership encouraging female employment, at least on the surface. But UN Women, along with several concerned unions, do not feel the same.

“UN Women will not accept an offer to collaborate on job creation with Uber, so you can rest assured about that,” said Mlambo-Ngcuka last week at the 59th session of the Commission on the Status of Women.

It’s unclear why UN Women indicated it would not “accept” the offer when the letter on Uber’s website appears to be signed by both UN Women and Uber, indicating the organizations had initially agreed upon the collaboration jointly, whatever the exact details of the partnership would have been.

Uber sponsored an event with UN Women on March 10th, which appears to have prompted the collaboration announcement. However, UN Women’s chief of communication and advocacy, Nanette Braun, has said, “Beyond this event, we have not discussed opportunities to engage with Uber, including in the context of their commitment to create one million jobs for women in the next five years. At this point, we do not plan to expand the collaboration.”

UN Women’s “rejection” of the collaboration came subsequent to the formation of a coalition in backlash to Uber’s announcement. The International Transport Workers’ Federation (ITF) expressed their concerns about the partnership, pointing to Uber’s dubious employment practices and previous alleged assaults on both Uber passengers and riders. The group also started a trending hashtag, #UNWomenDumpUber, which generated support to nix the partnership.

“Women’s economic empowerment is dependent on women’s access to decent work—this means fair wages, job security, safety at work, social protection for families, freedom for people to express their concerns, organize and participate in the decisions that affect their lives, and equality of opportunity and treatment for all women and men.”

Instead of promoting economic empowerment, ITF cited several reasons why a partnership with Uber would not provide women with safe and reliable employment:

“The creation of one million precarious, informal jobs will not contribute to women’s economic empowerment and represents exactly the type of structural inequality within the labor market that the women’s movement has been fighting for decades. Uber’s practices are defined by an aggressive informalization of an industry that was already deregulated three decades ago.”

The letter references some of Uber’s own research, indicating that, according to the letter, a drivers’ annual salary is only $15,000. Of course, other sources have found that salaries for drivers can range widely, with some making less than minimum wage while others are making more than $90,000. The letter also says Uber has attempted to deny some drivers basic benefits and healthcare. Indeed, in a recent court case, Uber attempted to justify the action by saying the drivers are separate contractors and not employees of the company. Thus, they would not be entitled to the benefits.

The dozens of allegations of assaults, sexual and otherwise, involving rideshare drivers also pose another potential risk for female drivers escorting passengers without any guaranteed protection. The letter cites the U.S. Department of Occupational Safety and Health Administration, which reports that drivers in the taxi industry are 20 times more likely to be killed than other jobs.

Uber is no stranger to forming mutually beneficial nonprofit partnerships. Back in October, Uber announced a pilot nonprofit program called People’s Uber in China. Uber indicated then that while the company might not profit from the program, it would give them positive exposure while expanding in a new area.—Shafaq Hasan