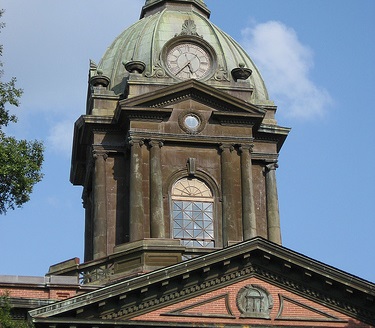 NPQ has for years been following the permutations of strategy surrounding United Ways, and in this story a number of issues come together:

Since the United Way of Greater Atlanta decided to narrow its investment focus to include fewer types of programs a few years ago, many community organizations found themselves excluded from the ranks, and so 16 of them decided, according to this article, to launch their own collective fundraising effort, dubbing it the Coweta Together Foundation.

“We don’t want to go into this thing until we fully get organizations on board for payroll deductions,” Welch said. Hopes are that local businesses will offer their employees the opportunity to have donations to Coweta Community Foundation deducted from their paychecks—just like they currently do for United Way.

“We’ve got to do a lot of legwork to see that these things take place,” Bobby Welch, director of the Rutledge Center, said. In the meantime, he encouraged donors to contribute to the organizations of their choice. Welch points out that in a way this is a return to norm in that the United Way of Newnan-Coweta County merged with the United Way of Metro Atlanta in 1997.

Past the first few years, that merger “hasn’t been that rewarding,” Welch is quoted as saying. “You just don’t have a community identify the needs and then have someone from outside the community tell you ‘you don’t need that anymore,’“ Welch said, referring to the denial of funding for some groups.”

Marie Powell of CORRAL, a therapeutic riding program for children and adults with disabilities, commented, “We don’t line up with United Way. The money is not coming back to Coweta County…It took a leap of faith” to break from United Way.

“Everybody was scared to death,” Powell said. “We’re a little apprehensive because we’re still not really sure how it is going to work out and how long it is going to take to get funds for it, but the community is ready…We’re going to learn from what happened, what not to do….We’re excited about it and ready to move forward.”—Ruth McCambridge