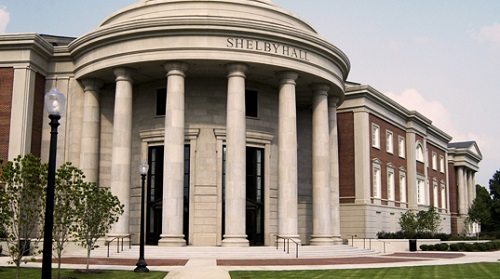 There may be a problem with the Greek-letter societies at Tuscaloosa regarding their values-based leadership and positive community contributions: The president of the University of Alabama, Judy Bonner, has ordered changes in the schools’ sororities because, she says, they are segregated by race.

At the University of Alabama, there are 56 recognized sororities and fraternities. Fraternities and sororities are basically organized as 501(c)(7) social and recreational clubs, though some have 501(c)(3) foundation arms. ’Bama’s Office of Greek Affairs says it “provides active oversight of chapter events, serves as a liaison between faculty, alumni advisors, national offices, and parents, develops values-based leadership development programming, provides training in areas such as chapter operations, risk management, health and safety and membership recruitment, monitors the academic performance of fraternity and sorority members, and recognizes the positive achievements and contributions of community members.”

Bonner didn’t act because the Office of Greek Affairs found problems. She reacted to a detailed investigation published in the Crimson White, the school’s student newspaper, that revealed some all-white charities had blocked black students as new members this past August. A few days after the newspaper report, Bonner acted to expand the maximum allowable size of sororities to 396 and allow new members of sororities to be admitted at any time, under the theory that more slots and open-ended rush periods would make it easier for sororities to admit new members who might not be white.

Members of the faculty, such as language and classics professor Sierra Turner, who herself is black, called Bonner’s rush changes “rather token” and “not good enough.” The problem that the Crimson White revealed wasn’t due to lack of sorority slots in August: Two black women candidates for sororities were rejected by a number of white sororities while they admitted 1,896 new members—one of the rejected candidates was the step-granddaughter of a former member of the Alabama Supreme Court.

According to the AP report, “Other teachers questioned why action wasn’t being taken to integrate men’s organizations, and some called for an investigation of a Greek-controlled organization called ‘The Machine’ that influences campus politics.” The faculty senate promised a protest march of students and professors advocating for deeper changes in the Greek system.

All of this means something for Alabama. Even a passing familiarity with the civil rights movement leads to images of former governor George C. Wallace’s attempt 50 years ago to physically prevent the enrollment of Vivian Malone and James Hood; it took federal marshals sent to the school by then-Attorney General Robert F. Kennedy to dislodge the recalcitrant segregationist governor. One wonders what Vivian Malone, who became the first black woman to graduate from Alabama, and Autherine Lucy, who was actually suspended and later expelled by the university a few years earlier under the guise of the school’s inability to guarantee her safety, would think about the reappearance of institutional racism—in the form of admissions to fraternities and sororities—where they once challenged state-sponsored racial segregation.—Rick Cohen