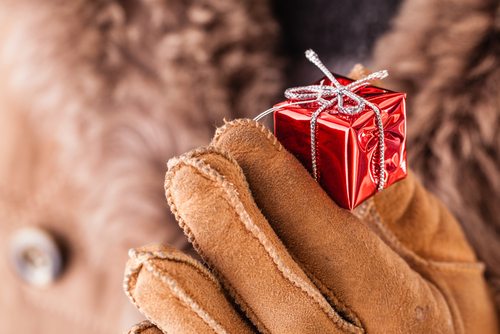 Questions are being asked about the wisdom shown by the University of Cambridge in accepting a £3.7 million donation to fund a chair in Chinese development studies. Although the university claims that due diligence was followed, investigations by the Daily Telegraph question the credibility of this claim. It is now apparent that the gift was made by Wen Ruchun, the daughter of China’s former prime minister, Wen Jiabao. Magnifying the concerns of many in the Cambridge and wider academic communities is the fact that the inaugural chair has been awarded to a close friend and associate of the donor.

Professor Thomas Cushman, a social sciences professor at Wellesley College in Boston, spoke out against the British university’s gift at an UK House of Parliament event organized by Kate Hoey, Labour MP for Vauxhall. “We need to guard the integrity of these establishments.”

“If you leave [scrutinizing gifts] to the academics, then it won’t happen,” he added. “I’m not surprised that they take the cash when it is offered. And a chancellor would be a fool to say no—in these times of austerity, it’d probably cost him his job.”

The Telegraph began its investigations in early 2012 when Cambridge initially announced the acceptance a substantial gift from the Chong Hua Education Foundation. The announcement came hard on the heels of an official government enquiry into to a donation of £1.5 million to the London School of Economics (LSE) by a foundation that was ultimately shown to be controlled by the son of the Libyan dictator, Muammar Gaddafi. That error of judgement led to the resignation of the director of the LSE.

Further investigation discovered the Chong Hua Foundation to be registered in Bermuda, where there is no requirement for disclosure of the identity of trustees. The Telegraph was told by Cambridge University that the trust had been established by “two wealthy individuals who wish to remain private.” They also reported that they had been told by a Beijing entrepreneur, Vivien Wang, that the Chong Hua Foundation was indeed Ms. Wen’s charity. Miss Wang later denied making that statement. All stories related to the donation were subsequently censored by the Chinese government from all websites.

Ms. Wen is no novice when it comes to opaque identity. The New York Times reported last year that JPMorgan Chase, through its Hong Kong office, engaged a consulting firm called Fullmark to assist develop relationships in mainland China. As they understood it, they were dealing with a Ms. Lily Chang. However, Ms. Chang turned out to be Ms. Wen—“Lily Chang” is apparently the identity that Ms. Wen adopted whilst a graduate student at the University of Delaware and later as an employee with Lehman Brothers and Credit Suisse First Boston. (The New York Times explains that the children of China’s ruling elite use government-approved aliases to protect their privacy while studying or traveling abroad.)

The children of China’s ruling elite, often termed “princelings,” are said to have amassed huge wealth. The family of Wen Jiabao is no exception. A lengthy 2012 article on the wealth of Ms. Wen’s family in the New York Times led to the newspaper’s website being closed down in China that year.

Ms. Wen and her husband studied at Cambridge. There, it appears they were students of Professor Peter Nolan, the inaugural appointee of the Chong Hua professorship. Ms. Wen’s husband, Liu Chunhang, also appears as co-author with Prof. Nolan of a book, The Global Business Revolution and the Cascade Effect.

Further examples of apparent disingenuity by Cambridge authorities emerge from the Telegraph’s investigation. It appears that the former vice chancellor, Dame Alison Richards, met with Ms. Wen in 2006. There is no verification that the donation was discussed. (It was, after all, six years in advance of the gift.) However, the current vice chancellor, Sir Leszek Borysiewicz, met with Ms. Wen on a trip to Beijing in 2011. Additionally, he hosted an event in Beijing for the Cambridge China Development Trust, of which Prof. Nolan is joint director and Ms. Wen’s husband is a Senior Research Associate. Again, there is no verification that the donation was discussed.

However, for anyone familiar with the process of cultivating wealthy donors, these events appear like precursors to asking for a substantial gift. The gift was announced approximately one year after Sir Leszek’s visit.

The Telegraph also claims, via a former government official with ties to the Wen family, that Cambridge representatives had other meetings with Ms. Wen in Beijing during the period from 2009 to 2011 to discuss the donation.

Dame Alison, who was at Yale before becoming vice chancellor at Cambridge, is credited with bringing “American-style fundraising” to Cambridge. Dame Alison declined to discuss with the Telegraph specifics of the Chong Hua Foundation donation. However, she did not contradict the newspaper’s assertions that she had met with Ms. Wen.

Dame Alison has said in the past that whether money comes from Eastern Europe, the Middle East, or China, it often has government connections. Such gifts, she says, often occupy a “grey area” and require “philosophical judgments” to ensure that universities did not suffer reputational damage for accepting them.

“There is an argument, which is that universities take, perhaps, funds that have been raised in the grey area and put it to extremely good purposes. You can say that the universities are providing salvation for, you know, gifts raised in this grey area,” Dame Alison has said.

The Telegraph says that there is no suggestion that Dame Alison, Sir Leszec Borysiewicz, or Professor Nolan were aware of or involved in anything improper in respect to the Chong Hua donation.

A spokesman for Cambridge has said, “The philanthropic donation from the Chong Hua Education Foundation was fully verified and approved by the University of Cambridge Advisory Committee on Benefactions. No more details will be released as the donors, as is common practice, have requested complete anonymity.”—John Godfrey