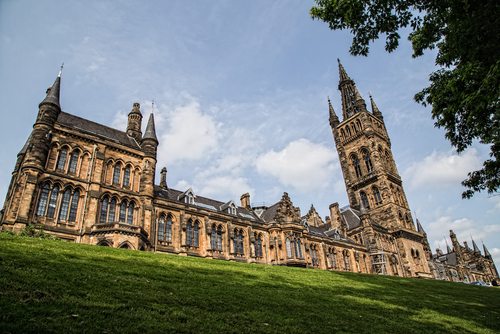 Last week, the University of Glasgow in Scotland became the first European academic institution to divest from fossil fuels, a feat many American colleges like Harvard and Princeton have been struggling to accomplish.

The university court voted last Wednesday to begin divesting £18 million from the fossil fuel industry and to stop new investments as well. The initiative was pioneered by the Glasgow University Climate Action Society, encompassing 1,300 students, and took almost a year to come to fruition.

According to David Newall, the secretary of the University of Glasgow court, “The university recognizes the devastating impact that climate change may have on our planet and the need for the world to reduce its dependence on fossil fuels.”

Reactions to the news has confirmed for environmental activists like Bill McKibben, founder of the climate change campaign 350.org, that the divestment movement is a global effort and Europe will be “just as powerful in this fight as Australia and North America.”

The announcement comes just weeks after the largest climate change march ever was organized in New York City, bringing climate change once again into view for the global community. NPQ has also taken note of the mass exodus of tech companies, including Google, Yelp, Yahoo, and Facebook, from the conservative nonprofit organization American Legislative Exchange Council (ALEC) because of its stance on climate change—again, pushing the issue to the forefront of national news.

University of Glasgow joins several other organizations and businesses that have recently announced their divestment from fossil fuels, such as the Rockefeller Brothers, the Ben and Jerry’s Foundation, and religious institutions worldwide. Glasgow will also join American universities such as Stanford University, Pitzer College, Hampshire College, and 11 other schools across the country whose administrations have joined the movement.

The decision may also impact other European universities’ involvement in the fossil fuel industry, like the School of Oriental and African Studies (SOAS) at the University of London. That institution became the first in England to freeze all new investments, taking a step forward toward full divestment. The school will make a decision on divestment next month.—Shafaq Hasan