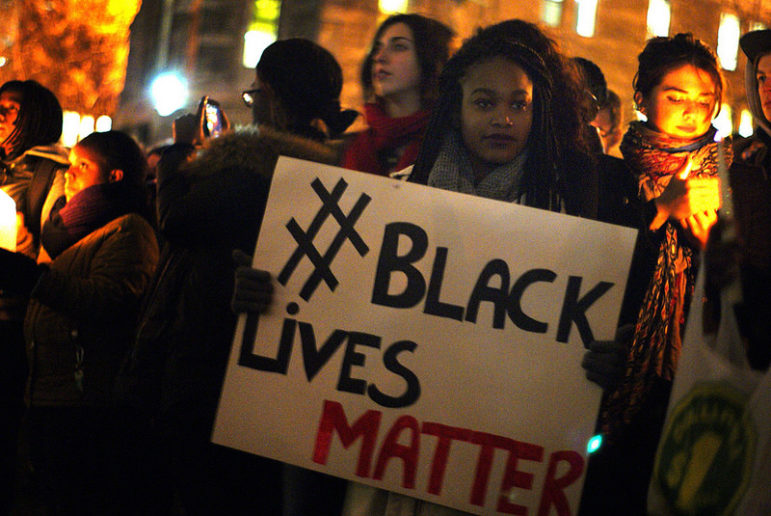 NPQ frequently covers news about student racial tension and protest. The Black Lives Matter movement, for example, has naturally had an impact on white college campuses. Some universities are coming to terms with their institutions’ legacies of slavery (also here and here). Anemona Hartocollis addresses the impact this strife is having on alumni giving in this New York Times article.

Scott MacConnell cherishes the memory of his years at Amherst College, where he discovered his future métier as a theatrical designer. But protests on campus over cultural and racial sensitivities last year soured his feelings.

Now Mr. MacConnell, who graduated in 1960, is expressing his discontent through his wallet. In June, he cut the college out of his will.

“As an alumnus of the college, I feel that I have been lied to, patronized and basically dismissed as an old, white bigot who is insensitive to the needs and feelings of the current college community,” Mr. MacConnell, 77, wrote in a letter to the college’s alumni fund in December, when he first warned that he was reducing his support to the college to a token $5.

Student protests and alumni resentments are especially buffeting small, liberal arts institutions. At Amherst College, students are protesting namesake Lord Jeffery Amherst’s use of germ warfare against American Indians. Not all alumni share Mr. MacConnell’s solidarity with the student body, though. They say that their heroes and traditions are being wrongly repudiated “by judging them by today’s standards rather than in the context of their times.”

The resulting disaffection on both sides of the debate is measurably discouraging philanthropy. Amherst is experiencing the lowest alumni participation rate since 1975, the year the college began admitting women. Concerned Alumni of Princeton formed in 1972 (to 1986) in opposition to their college going coed in 1969.

Among about 35 small, selective liberal arts colleges belonging to the fund-raising organization STAFF, or Sharing the Annual Fund Fundamentals, that recently reported their initial annual fund results for the 2016 fiscal year, 29 percent were behind 2015 in dollars, and 64 percent were behind in donors, according to a steering committee member, Scott Kleinheksel of Claremont McKenna College in California.

Old college traditions were sustained for decades by normalizing an unchallenged narrative. Disdain awaited anyone who attempted to point out flaws in the story—until now. The main difference today, as noted in one alumni complaint, is that “campus administrators are wilting before the activists like flowers.” An institutionalized set of rights and entitlements accrued through the decades, but now those in advantaged positions are losing their ability to bend history to their will.

Students insist that privilege is an insecure attitude to embrace. James Surowiecki in the New Yorker recently wrote about the theory of loss aversion that may apply to the tension alumni are feeling over the loss of what they may have believed to be inviolable:

People feel the pain of losses much more than they feel the pleasure of gains. Empirical studies suggest that, in general, losing is twice as painful as winning is enjoyable. So people will go to great lengths to avoid losses, and to recover what they’ve lost.

These colleges undergoing radical change witnessed the give-and-take through the decades of Reconstruction, school desegregation and busing, the Civil Rights era, Obama’s election, and the Black Lives Matter movement. Alumni bonding may have acted for a time as a counterpoise to these disturbing changes forced upon them. But where is the steadfast fellowship to be found today when the very founding ideals of a beloved institution are being abandoned and disavowed?

Some alumni are clearly feeling exhausted, as if the thundering protests are rewriting an unrecognizable history.

Mr. Longsworth said he had heard from “friends who went to Hamilton, Trinity, Williams, Bates, Middlebury, Hobart, who are not pleased at what’s happened on campus, and they’ve kind of stepped away.” For these alumni, he said, refusing to write a check “seems to be the only lever that can make a difference.”

At Princeton, protesters are demanding the removal of Woodrow Wilson’s name from all university buildings and programs for his allegedly racist beliefs and actions. Where will this end? Are Lord Jeffery Amherst’s genocidal policies against Native Americans excusable because at the time his actions made him a national hero?

They say time heals all wounds. But that bromide assumes that the trauma of slavery, crimes against Native Americans, and many other historical offenses were made finite by the context of the times in which they were afflicted on helpless populations. What astute and determined students on campuses across America are showing us today is that alumni who hold too tightly to the sanctity of their schools’ traditions are treading in a deep pool of dark water where there is no longer any bottom to be found from which to push off.—James Schaffer