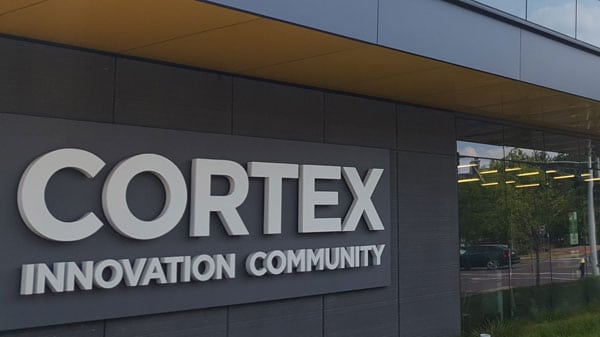 In St. Louis, Cortex, a 200-plus-acre nonprofit technology hub that is structured as “a public-private collaboration between local universities and businesses,” is growing rapidly, writes Patrick Sisson in Curbed. According to Sisson, “In the last eight years, the number of homegrown startups in Cortex has risen from 35 to 360.”

Sisson calls Cortex a “prime example of how a new type of university-led development has helped shape US cities for the last decade.”

Of course, the Cortex model is not entirely new. Sisson acknowledges that “universities have always been anchor institutions, large landowners, and significant economic forces in their cities.” But Sharon Haar, a professor of architecture at the University of Michigan and author of The City as Campus, notes that universities’ financial model is changing as public funding declines and tuition funding is maxed out.

“Universities have always made money off the research products of their faculty, that’s not new,” says Haar. “But increasingly, the need to monetize research has come to the fore, in a way that it wasn’t in the past.”

In addition to St. Louis-based Cortex—located near Washington University—Stanford and Carnegie Mellon are two other prominent universities highly engaged in such efforts. Harvard University’s Allston Yards development, an enterprise and tech center, is another prominent example and has been described as a “new neighborhood.”

When we consider university assets, we often think about endowments. Their real estate holdings, however, can be even larger. For example, New York University (NYU) reported just shy of $4 billion in endowment assets as of fiscal year 2017. But, as Sisson notes, NYU also “owns or occupies 171 buildings covering roughly 15 million square feet, estimated to be worth $15 billion, and has plans in place to add 2 million more square feet.”

University ownership of real estate hardly started with technology hubs, but these developments have shifted the nature of university real estate interventions. As Wim Wiewel, current president of Lewis & Clark University and co-editor of The University as Urban Developer, observes, once “schools had a surplus of land and a need to create an attractive community for students and faculty. They did so by investing in and rebuilding surrounding communities.”

It’s always been “a somewhat self-serving situation,” says Haar. “But at the same time…there have been moments in time where a university is one of the few things left in a neighborhood or city to build off of,” she adds.

Now, the desire to create technology partnerships is less about improving the surrounding neighborhood and more about raising revenue. This, notes Sisson, “has led to a new generation of satellite campuses. One of the most prominent is on Manhattan’s Roosevelt Island, currently the home of a new Cornell Tech campus. “

Armando Carbonell, a senior fellow at the Lincoln Institute of Land Policy, notes that university efforts to engage communities, even if done without revenue goals, have often been fraught. For example, the University of Pennsylvania’s West Philadelphia initiative supported purchasing from local businesses, among other investments. But, Sisson adds, the “Penn program has led to what many Philly residents call ‘Penntrification.’ Between 1990 and 2010, as the area’s overall population expanded and rent skyrocketed, the area’s black population fell by 29 percent.” Penn’s situation is hardly unique. “It’s not a blessing without costs and downsides,” says Carbonell.

Sisson asks if tech programs can be “both educationally beneficial and equitable for the surrounding community.” Many schools at least attempt to achieve this balance. For instance, Cortex, according to CEO Dennis Lower, has supported a “$10 million fund to support minority- and women-owned construction firms and plans to add six new board positions for women and minorities.” A key goal is to avoid duplicating the tech sector’s poor racial equity record.

More broadly, as NPQ has noted, earlier this year 33 universities committed to “intentionally apply their economic power and human capital…in partnership with their local communities, to improve mutual well-being” through a Higher Education Anchor Initiative organized by the Coalition for Urban and Metropolitan Universities and the Democracy Collaborative. Through Campus Compact, over 100 schools have submitted Civic Action Plans with similar goals.

Scott Andes, a program director at the National League of Cities who last year authored a report by Brookings on university tech investments, notes that the impact to date has been mixed. “Sometimes it’s good and sometimes it’s bad for local communities,” Andes says. To benefit communities, “investments need to be outward facing.”—Steve Dubb