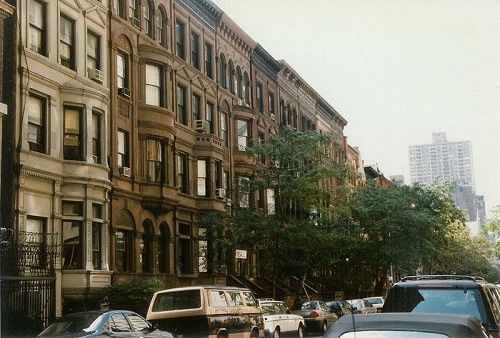 “Before this, Meyer and I lived in a crummy rent-controlled apartment in the city,” said Jessica Orbach about the mansion in Englewood, New Jersey, where she and her husband, real estate mogul Meyer Orbach, live. The tenants of the apartments the Orbach Group has purchased in the last several years know that rent-controlled units can be lifesavers, but the Orbach Group wants to toss them out.

According to Corey Kilgannon writing for the New York Times, the Orbach Group has purchased a number of buildings around Columbia University in Manhattan and is engaged in trying to push out existing tenants in order to make way for higher-rent-paying Columbia University students. The stories Kilgannon relates—for example, about retired doorman Tommy McCarthy trying to hold onto his rent-controlled apartment where he has lived his entire life, or former policeman Vincent Simplicio who has battled with Orbach over the legality of the lease his common-law wife has for his apartment—aren’t unusual if you have experienced rapidly gentrifying housing markets.

For tenants like McCarthy, Orbach has adopted a strategy which, given the legality of their rent-controlled tenancy, is aimed at disrupting their way of life. For these long-time tenants on the West Side, a typical activity is sitting on the front stoop. It is the gathering place for neighbors, the spot where people interact and, for those of us who lived in apartment buildings with stoops, look after each other. Described by Kilgannon as a “hardened stoop-sitter,” McCarthy has received letters from Orbach charging him with loitering on the front stoop of his building. Orbach has installed metal gates on the stoops of some two dozen buildings it owns just south of Columbia with the clear intent to chase away the stoop-sitters.

According to The Real Deal, Orbach Group acquired a 33-building residential apartment building portfolio for $246 million in 2013 and closed this past April on a 48-unit apartment building on West 108th Street (McCarthy lives the next street over on 109th Street) for $27.5 million. In 2013 alone, Orbach acquired multi-family properties in Central Harlem and the Upper West Side amounting to more than 1,000 units.

The desired tenants are Columbia University students who will pay many more times the rents that current tenants do. The Orbach Group markets its apartments under the name CoSo Apartments—“CoSo” meaning Columbia South—with a company logo in Columbia University’s colors and an academic-looking drawing of buildings and an open book. It also offers tenants free shuttle bus service to Columbia. The university maintains that it has no connection to Orbach/CoSo and does nothing to market the units to its students.

Orbach’s targeting of the lucrative Columbia University student market is all you need to know about why nonprofit tenant advocates are so essential in gentrifying—or regentrifying—areas. The nonprofit MFY Legal Services is representing scores of tenants resisting Orbach’s efforts to get them out. The Orbach strategy, according to MFY Legal Services attorney Jason Blumberg, is to pursue eviction cases against tenants, including tenants in good standing, with efforts that require detailed and precise answers. Some tenants end up failing to answer motions properly, miss deadlines, and ultimately lose their leases. “Part of the strategy is, you sue everybody and you get people out bit by bit, and the whole enterprise sort of pays for itself,” MFY’s Blumberg said.

This isn’t the first time that Orbach Group has been accused of tenant harassment, not by a long shot. Last year, for example, West Side Manhattan newspapers documented Orbach/CoSo strategies, including installing cameras inside smoke detectors for tenant surveillance, hiring private detectives, and other techniques to strong-arm tenants out of their apartments. Marti Weithman, the president of the nonprofit Goddard-Riverside SRO Law Project, says that tenants began coming to her organization complaining about strong-arm landlord tactics as far back as 2009 when Orbach first began building the company’s portfolio on 109th Street.

As expected, a lawyer for the Orbach Group told Kilgannon that everything on the landlord’s side was on the up-and-up. Avi Schick said that the landlord was committed to fixing up apartments that had been acquired in bad shape, that tenant actions were taken against renters who were not using their apartments as their primary residences (which under rent control would be a legal violation), and, “If tenants are paying their rent, as low as it might be, no one’s doing anything to them.”

There is such animus against rent control and against tenants, who are sometimes implicitly viewed as a lower-order player in the housing markets than more desirable homeowners, that the kinds of vacancy decontrol tactics being pursued by the Orbach Group don’t get much attention in the public and even among nonprofits. No one seems to care much about the low-income tenants who are being bullied out of their apartments; Greg Smith recently reported in the New York Daily News that in a portfolio of 24 buildings Orbach Group owns, the company had filed 215 cases against tenants, roughly two suits for every three tenants. The tenants are often older, often Latino, and hard-pressed to keep up with the legal juggernaut of Orbach suits. If it weren’t for the nonprofit legal assistance groups, themselves constantly underfunded, understaffed, and overworked, one can only imagine where these tenants would find themselves.

Jessica Orbach might want to remember that she left her “crummy rent-controlled apartment” voluntarily, because she and Meyer had designed a house beautiful for themselves in Englewood. The approximately 2,000 tenants that Orbach controls in Upper West Side apartment buildings don’t have a luxury home waiting for them.—Rick Cohen