The Millionair Club in Seattle has, since 1921, been offering jobs and other support to people who are homeless and unemployed. They also provide more than 90,000 meals a year to the homeless, so a year-round “kitchen garden” is a handy thing to have. 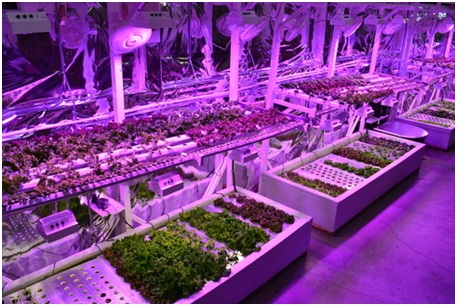 So the Club has established a 250-square-foot hydroponics garden in the basement. Chris Bajuk, who founded another organization, Urban Harvest, said, “The whole idea is to grow food right here in the city, proximate to where people live and work, rather than 1,500 miles away…It’s about 20 times more productive than equivalent agriculture soil, given the space.”

The project has been built on the cheap, with the most expensive component being the grow lights, but Bajuk said that these were secured with a rebate program from Seattle City Light. The lights get rid of viruses and other bacteria from the system’s water, and when everything is up and running, the project expects to harvest 800 plants a month. Last year the Millionair Club Charity provided day laborers to more than 2,000 homeowners and businesses, and this year, some new training opportunities will be added in urban farming.—Ruth McCambridge