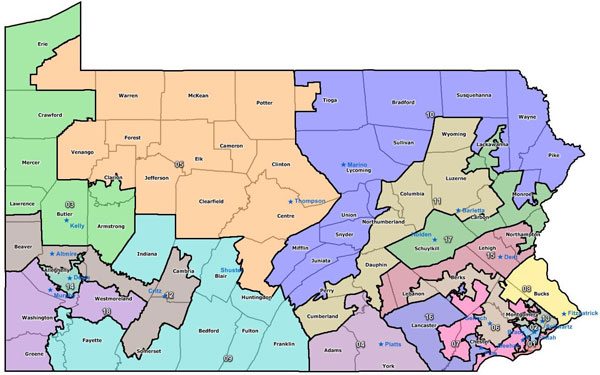 “The Supreme Court on Monday denied a request from Pennsylvania Republicans to delay redrawing congressional lines,” writes Robert Barnes in the Washington Post. As NPQ covered last month, the case had led the Pittsburgh Foundation, for the first time in the community foundation’s 73-year history, to file an amicus brief in a case before the Pennsylvania Supreme Court that had been filed by the nonprofit League of Women Voters. The foundation derided the state’s congressional district map as a “draconian infringement of the constitutional rights of Pennsylvania citizens.” The Pennsylvania Supreme Court, voting 5-2 along partisan lines, agreed with the foundation and overturned the Republican-drawn map, writing that it “clearly, plainly, and palpably” violated the state constitution.

Because the Pennsylvania decision relied on the state constitution, the US Supreme Court’s decision to not intervene was widely anticipated. Barnes writes that, “Justice Samuel A. Alito Jr. turned down their request for a stay without even referring the case to his colleagues.”

Barnes notes that the Pennsylvania redistricting “might aid Democrats in their attempt to flip the House from Republican control. Democrats need to take about two dozen seats to win the majority, and Pennsylvania could provide some of that total. Six incumbents, five of them Republicans, have said they will not be on the fall ballot.” Barnes also observes that, “The victory for opponents of partisan gerrymandering might also indicate a new way to combat the issue, by challenging redistricting in state courts under state constitutions.”

“The Pennsylvania high court,” Barnes writes, “wants the legislature to submit a new plan to the governor by the end of this week and said the governor should have it ready for the state court’s review by February 15th.” Barnes adds that redistricting is likely to be contentious, especially given “the tight elections timeline and the highly polarized politics surrounding the matter.”

Pennsylvania is scheduled to hold its congressional primaries on May 15th, which is only a little more than three months away. “Because the district lines are in question,” Barnes explains, the filing deadline for candidates has been extended until March 20th.

Related cases are also in federal courts in Texas, North Carolina, and Wisconsin. Courts in those states had ordered new districts drawn for the 2018 elections. “But, Barnes notes, “the Supreme Court stopped those decisions, and Monday’s denial to Pennsylvania’s request does not affect them.”

Moving these cases forward has been a major increase in the degree of partisan gerrymandering, facilitated by computer technology that allows for more precise drawing of district lines to favor one political party or another. A year ago, the nonpartisan Campaign Law Center wrote that, “The redistricting plans of the 2010s evidence more extreme partisan gerrymandering than any other decade in modern American history.”

Because Republicans controlled more state houses at the time of the post-2010 census redistricting, this redistricting has often, but not always, favored Republicans. For example, in Democrat-controlled Rhode Island, the Campaign Law Center estimates that the Democrat drawn lines have resulted in the Democrats having nine more seats (out of 75) than they would if more politically neutral lines were drawn.—Steve Dubb