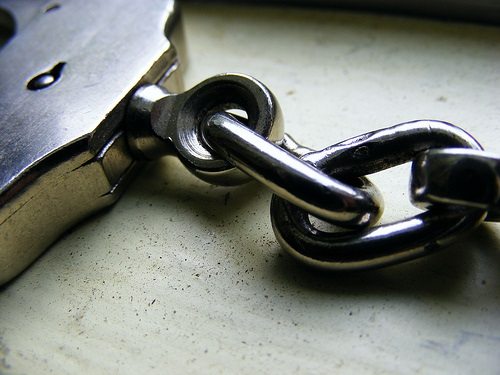 Since Michael Brown’s death in early August, Ferguson has been in and out of the news, as protests had become a standing element in St. Louis long after media attention had waned. Most recently, the nation has been anxiously awaiting the grand jury’s decision of whether Darren Wilson should be indicted for Brown’s death.

However, whether it was in the news or not, the status quo in Ferguson has been a reality for black people nationwide, who are statistically arrested more than any other racial group, according to an investigative report by USA Today of 3,538 police departments across the country. Specifically in Ferguson, blacks are arrested at a rate three times higher than other races.

USA Today’s examination of arrest records of 1,581 other police departments reveals that cities like New York, Detroit, Chicago, and San Francisco, among others, have arrest rates of blacks even more disproportionate than Ferguson. In at least 70 of these departments, black people are 10 times more likely to be arrested. In this context, Ferguson is less newsworthy and more an emblem for individuals to attach their personal frustrations and mistrust with local law enforcement.

Clayton, Missouri’s police chief, Kevin Murphy, said in a statement, “Ferguson has laid bare the fact that everyone in law enforcement needs to take a hard look at how we can better serve our communities and address any disparities that have existed in our departments for too long.”

These disparities are present even in progressive towns like Berkeley, California and Madison, Wisconsin, where the arrest rate is nine times higher for African Americans than other races. Only 173 of the more than 3,500 police departments that were examined had an arrest rate for blacks that was equal to or lower than other racial groups.

Davis Harris, an expert on racial profiling and a professor at the University of Pittsburgh, said, “Believe me, the people who are subject to this are noticing it and they’re noticing it not just individually but as a group. It gets talked about, handed down, and it sows distrust of the whole system.”

Perhaps as a result of that distrust, following Ferguson, a slew of other reports delved into the interactions between police departments and civilians to determine what conclusions may or may not be drawn about racial relationships. Last month, a study by the American Civil Liberties Union on Boston’s police department found that between 2007 and 2010, blacks were more likely than any other racial group to be detained during a routine traffic stops but not arrested, the assumption being that police were racially profiling drivers. The ACLU cites similar statistics of blacks being involved in 63.3 percent of the encounters Boston police had with civilians in the three-year period of the study, while they comprise only about 25 percent of the population. The report concluded the department had racial profiling policies that were apparent from the available data.

USA Today’s profile of Dearborn, Michigan tries to give an explanation for the town’s skewed arrest rates. In 2011 and 2012, more than half of the people arrested were black, totaling to 4,500 people, which is 500 more than the black population of the town. However, Ronald Haddad, the city’s police chief, said this number also takes into account people who were driving through Dearborn, raising both the number of the arrests rates for blacks and the raw number of arrests in general.

However, regardless of where the arrestees are coming from, the fact that more blacks are being arrested inspires the public to ask why. Do police departments universally discriminate against blacks across the nation, or is the racial group more prone to crime, taking into account influential factors like education and economic differences? The latter is less likely when the disparity is this unrealistically staggering. This leads to a different question: What other factors are at play when these arrests are being made?

At the height of the Ferguson protests, the Internet was flooded by people’s uploaded and filmed recordings of unfair treatment toward African Americans. One video that went viral showed Eric Garner being put into a chokehold by police officers in New York and suffocated to death. The medical examiner ruled the death a homicide after determining it resulted in part from the chokehold he was placed in. But there has been much less coverage of Daniel Pantaleo, the officer who placed Garner in the fatal chokehold, and there have been no recent protests seeking his prosecution. (However, Pantaleo has lost his badge, unlike Wilson, and as in Ferguson, a grand jury in New York is currently hearing evidence as they, too, decide whether to indict.) This is likely less a result of public apathy than a subconscious numbing to the truth: Black people are discriminated against in our society, and unfortunately, wearing a police badge does not put one above that reality.

Therefore, what differentiates the story of Michael Brown in Missouri is a persistence on the part of the people to not be numb anymore, to not accept this reality, and to continue to fight against the status quo. The grand jury’s decision regarding Wilson and whether the shooting was genuinely motivated by racial discrimination is in some ways less important than Ferguson’s becoming a symbol for the civil rights movement almost 50 years after its conclusion.—Shafaq Hasan

More about: Culture ChangeInequalityPolicies and Laws