On Using What You Have to Resist Buying What You Do Not Need: An IT Fable from the Front Lines 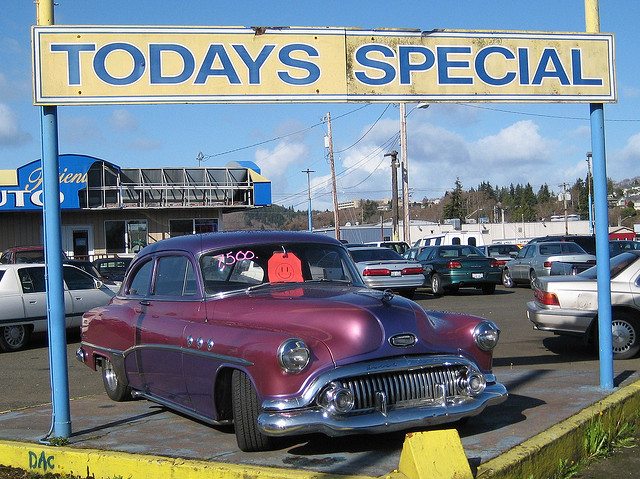 Editors’ note: How do you increase your capacity and decrease cost all at once by considering the unseen resources at your fingertips? This article by Trish Tchume of the Young Nonprofit Professionals Network is a great discussion of how that organization made its decisions about what technology it needed to support its vision. It is from the summer 2015 edition of the Nonprofit Quarterly print journal, which focuses on wise budget decision-making.

You will come to all of this collection of articles later than those who subscribe, by the way, so subscribe today and be the first in the know!

The Nonprofit Quarterly has heard any number of stories about nonprofits trying to piece together the right IT infrastructure only to be met with a confusing array of options. Each of the options carries attendant costs beyond the purchase or lease—sometimes up to and including the need to purchase another solution when the one opted for does not fit properly. We liked this story from Trish Tchume of the Young Nonprofit Professionals Network (YNPN), who engaged people within her own network to help get the right fit. In the end, she wound up not only with a system suited to the network’s needs but also a group of people within that network who are ongoing and engaged resources for YNPN as it moves into a more sophisticated digital future.

When Trish took on the leadership of YNPN it hit a rapid growth stage, and over her three-year tenure YNPN has grown from twenty-seven to forty-two chapters, with an estimated fifty thousand members. That rate of growth called the infrastructure into question, particularly as it related to the organization’s ability to gather, sort, and use information. YNPN wanted to be able to communicate effectively across its dispersed network to help the organization move forward, and staff needed to get a better handle on the demographics and attitudes of that network. YNPN knew it needed a constituent relationship management system but had no idea how to choose the right one both to meet the variety of needs for chapters in the network and best suit the capacity of the national organization.

And this, as Trish explains, is where the challenges began. “When you mention that you are looking for a CRM system, people come out of the woodwork offering advice. Vendors, of course—many of them fast talkers who come with hard-sell tactics and a drive to sell you way more than you need or can handle—are sure that what they can offer is exactly the solution you need, never mind that they do not know the size of your budget, the capacity of your staff, or the particularities of your constituent needs. But peers, too, are surprisingly opinionated.” In particular, YNPN ran up against what Trish calls “the Salesforce problem,” when upward of ten peers urged her to go with Salesforce because it was free. Yet, as Trish discovered, it was free in name only: the attendant “costs” and challenges of tailoring the system to YNPN’s network and training countless volunteers on the intricacies of Salesforce were steep. And then there were the colleagues and advisors who felt a deep commitment to open-source tools like CiviCRM because the values behind open-source tools aligned with YNPN’s values—but even those required custom builds and created the need for expert staff.

So Trish did her own research, using resources like Tech Soup and Nonprofit Technology Network (NTEN), and she emerged from that preliminary research with a better sense of how to approach the project—and two key lessons:

It was clear that YNPN needed someone with expertise but also someone who understood the unique organization fairly intimately, so that the understanding of culture and purpose and translation of terms would be less of a problem—and for that YNPN simply had to turn to its own network of young professionals, some of whom had been involved in similar projects.

YNPN ended up selecting and contracting with two chapter leaders known for their data systems expertise, who laid out the pros and cons of each option and whose contracts together totaled less than $7500. The contracts were scheduled to include the following:

In the end, the process delivered just what the network needed: a well-supported and tailored system that was neither too small nor too large but well matched to the needs, capacity, budget, and resources of the people in YNPN’s network.