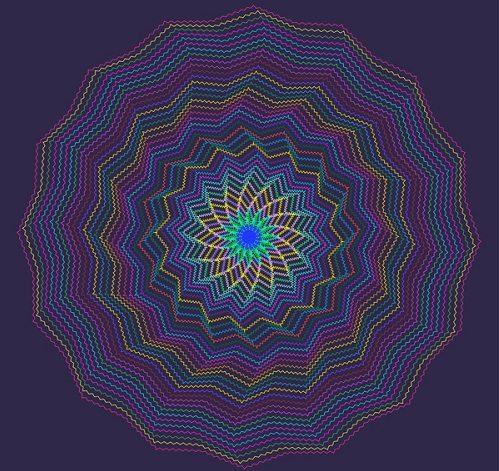 As noted in a blog post on the Rockefeller Foundation website, foundations have been experimenting with variations on the classic grantmaking model for at least half a century. But in the wake of the Great Recession, as government budgets continue to be squeezed, foundations and individual philanthropists are increasingly blazing new trails in funding models designed to yield social impact as well as a financial return on their investments.

The Rockefeller Foundation recently hosted the launch of a new report from the Organization for Economic Co-operation and Development (OECD) on venture philanthropy. The full 90-page report (with a seven-page executive summary) describes examples of many “hybrid” forms of philanthropy, some of which borrow from business thinking, most of which involve intensive up-front research, and all of which seem to move beyond the traditional “grant-giver/grantee relationship” into capacity-building partnerships.

As noted in the OECD report, there’s no one definition or model for “venture philanthropy”—nor is one needed, because it’s “more of a blanket term, an expression of a more purpose-, results- and responsibility-driven worldview” many foundations now embrace. The report did find an “overlapping set of characteristics” that many venture philanthropy efforts share, although not all occur in every case: 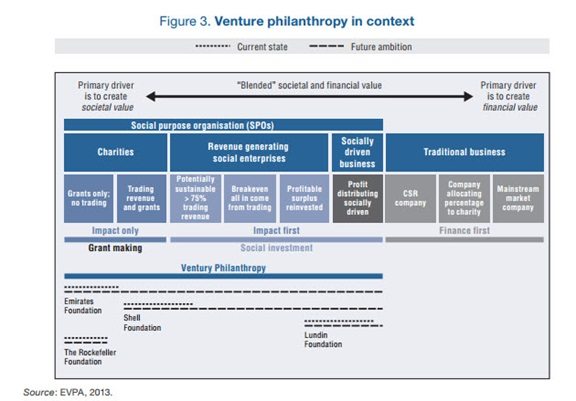 In addition to helping to articulate the various shapes venture philanthropies are taking, the OECD report aims to help “bridge the knowledge and cultural gap between foundations and governments.” It cites some of the challenges for foundations and nonprofits in trusting that business processes will serve them well. And it notes that for venture philanthropy to truly succeed, some foundations will have to learn to operate less autonomously and more transparently than they have in the past, noting that “the improvements in efficiency, results and therefore returns make the transformational work worthwhile.”

Just to push a bit in one area of this discussion, NPQ remembers, “Leverage Points: Places to Intervene in a System,” an article by the late, great Donella Meadows that discussed where to intervene most effectively in a complex system. In it, she discusses the importance of the assumptions that underwrite action—which translates to the frameworks and logic models in use. Here’s a short excerpt:

Another of Jay Forrester’s famous systems sayings goes: it doesn’t matter how the tax law of a country is written. There is a shared idea in the minds of the society about what a “fair” distribution of the tax load is. Whatever the rules say, by fair means or foul, by complications, cheating, exemptions or deductions, by constant sniping at the rules, actual tax payments will push right up against the accepted idea of “fairness.”

The shared idea in the minds of society, the great big unstated assumptions—unstated because unnecessary to state; everyone already knows them—constitute that society’s paradigm, or deepest set of beliefs about how the world works. There is a difference between nouns and verbs. Money measures something real and has real meaning (therefore people who are paid less are literally worth less). Growth is good. Nature is a stock of resources to be converted to human purposes. Evolution stopped with the emergence of Homo sapiens. One can “own” land. Those are just a few of the paradigmatic assumptions of our current culture, all of which have utterly dumfounded other cultures, who thought them not the least bit obvious.

Paradigms are the sources of systems. From them, from shared social agreements about the nature of reality, come system goals and information flows, feedbacks, stocks, flows and everything else about systems.

The question is, who is in control of the paradigms in “venture philanthropy?” We would love to hear from readers of the new report. Is there anything significantly new in the mix, and do those new elements on balance hold more that is potentially promising or threatening to the future of communities?—Eileen Cunniffe