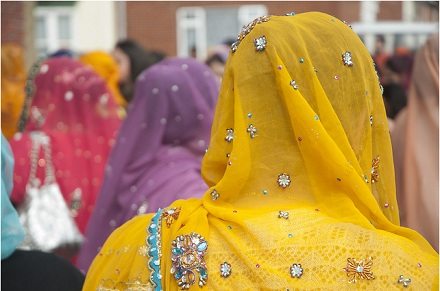 The terrorist attack on a Sikh temple in the Milwaukee suburb of Oak Creek on Sunday sent shockwaves throughout the Asian American Pacific Islander (AAPI) community. The Sikh Coalition, in collaboration with local Sikh leaders and partner Sikh organizations, will be holding interfaith vigils across the country tonight in a nationwide remembrance for the victims and their families.

“A crime like this should be condemned, regardless of what ethnic or religious group is targeted,” said Sapreet Kaur, executive director of the Sikh Coalition. “The shooting is no less or more reprehensible if it was directed against Americans attending a mosque, synagogue, or church. This type of attack is not an attack on one community; it’s an attack on us all.” He added, “We will not be divided, we will find hope in a moment of great tragedy, and we will move forward in the belief that freedom of religion remains a fundamental tenet of our great democracy.”

The National Council of Asian Pacific Americans (NCAPA), a coalition of 31 national Asian Pacific American organizations, including the Sikh American Legal Defense and Education Fund (SALDEF) and South Asian Americans Leading Together (SAALT), released a statement [PDF] expressing its deepest condolences to the victims and their families and condemning the shooting which left seven dead, including the white supremacist attacker.

“For centuries, Asian Pacific Americans, including Sikhs, have made their homes in the United States,” said Deepa Iyer, Chairperson of NCAPA and executive director of SAALT. “Yet incidents such as this one remind us of the need for greater understanding surrounding our diverse communities.” Sikhs have been in the United States for over 100 years with an estimated population of 500,000. But they have always been singled out, especially after the September 11 attacks. “It is important to note that this is only one of a growing number of incidents of violence that Sikhs have experienced in recent years,” said Kaur. NPR reports that the Sikh coalition has received more than 700 requests for legal assistance from Sikhs asking for help with such involving hate crimes, employment discrimination and school bullying.

“As we continue to struggle with what happened and support victims and their families, we hope America will be as outraged as we are and urge leaders to take steps to do more to prevent these crimes, promote tolerance and protect the rights of all people,” Kaur said. The coalition has also partnered with other leading organizations on the ground in Milwaukee to raise funds for the families of the victims and those who were seriously injured in the shooting. – Erwin de Leon