Volunteer Innovates in the Delivery of the Right Free Eyeglasses 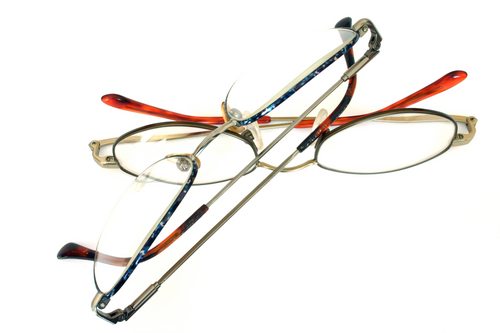 The nonprofit ReSpectacle didn’t invent the idea of donating used eyeglasses to those who need but can’t afford them, but it did come up with what looks like a more efficient way to do it. As the Iowa City Press-Citizen reports, the idea for the nonprofit was seeded when Dr. Jeff Lynch served as a volunteer surgeon in Peru in 2006. Lynch found that most of those who came seeking eye surgery really just needed a decent pair of eyeglasses. What disturbed Lynch was that there was no way to align supply and demand for free glasses; those who came to see him merely sifted through a box of the eyeglasses that were available and hoped for the best in terms of the correct prescription as well as a suitable style.

What sets ReSpectacle apart from other eyeglass donation programs is that it addresses this issue by using an online database to match donated eyeglasses with those who want them based on their prescription and style preferences. When a match is made, the glasses are shipped for free thanks to grants from the Mildred Brady and Rena Martin Charitable Eye Foundation and the Saint Louis University Hospital Auxiliary, among others. After launching last year, ReSpectacle now has branches in Little Rock, Ark., Iowa City, Iowa, St. Louis, Mo., and Minneapolis-St. Paul, Minn. At each branch, volunteers gather glasses from churches, ophthalmological offices and other venues. The volunteers clean them, figure out the prescription and add those that are still wearable to the database.

So far, ReSpectacle has added about 1,500 pairs of glasses, but this model seems poised to grow, particularly now, according to the Iowa City Press-Citizen, that even many rural villages have found a way to access an Internet connection, even if only on special trips. Lynch says the idea has received a warm reception at a number of conferences in the past year, including the Unite for Sight Global Health and Innovation Conference at Yale University. “It does have a significant impact on education, employment opportunities, productivity and just general quality of life,” Lynch told the Iowa City Press-Citizen. “Eyeglasses are among the most cost-effective interventions we have in health care.”

This is the kind of incremental innovation by practitioners, including volunteers, that makes a difference in the course of our work. We don’t need closed spaces as much as a culture of inventiveness and some well placed and timely resources to fund early ventures like this. –Mike Keefe-Feldman