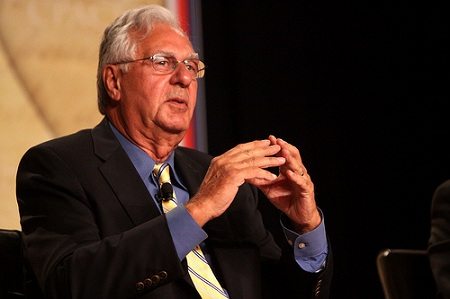 Here’s an interesting example of a tax-exempt expenditure. According to its founder and former chairman, Dick Armey, the Tea Party group FreedomWorks paid conservative talking head Glenn Beck approximately $1 million to say “nice things” about FreedomWorks on his radio program.

It was reportedly a FreedomWorks fundraising strategy! The $1 million to get Glenn Beck plumping for FreedomWorks was envisioned to generate donations, but Armey said that it didn’t pay off. According to Armey, the million for Beck is “a damned expensive way to raise money; and… it makes raising money an end [unto] itself not an instrumental activity to support the foundation work that our organization does.” His analysis is a cost-of-fundraising question: “We count the receipts we get from people who have sent in money, and we, meaning they, I am not a part of it anymore, do not count what the funds that are laying out are. They don’t say, we paid Beck a million dollars and we had this program where we raised $300,000, you had a net cost of $600,000, or whatever the numbers are.”

Armey doesn’t address the fundraising impact of the deal that he got to leave FreedomWorks, a commitment of payments of $400,000 a year for 20 years, promised by FreedomWorks donor Richard J. Stephenson, the founder of Cancer Treatment Centers of America. The payments to Armey were reportedly meant to make sure he kept quiet about his brouhaha with FreedomWorks Executive Director Matt Kibbe until after the election. Paying Armey $8 million to do nothing for the organization doesn’t sound like efficient use of a donor’s money.

In light of the previous coverage of the attempted Armey takeover of FreedomWorks and his subsequent ouster, it is difficult to feel a scintilla of sympathy for Armey, Kibbe, Stephenson, Beck, and FreedomWorks itself. The organization’s self-immolation is an ongoing case study of disastrously wacky fundraising, clearly deficient transparency, bad political choices, and out-of-control egos. An organizational autopsy of FreedomWorks is definitely called for and likely to be used in nonprofit organizational management courses throughout the nation.—Rick Cohen