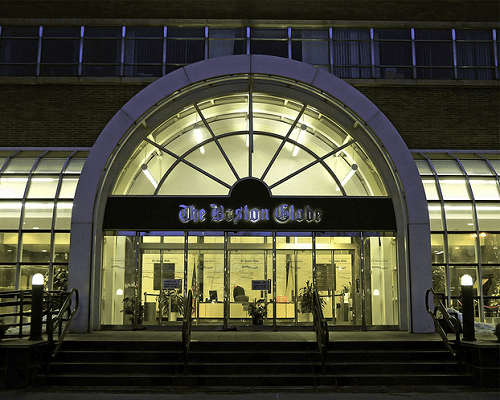 The going price is estimated to be between in the neighborhood of $110 million for this newspaper, which is well respected nationally thanks in part to a robust complement of more than 300 seasoned editorial staff members. Its leadership is known to be tech savvy, but the Times is moving in a global direction and the Boston Globe, while offering international content, remains largely a regional paper. Nonetheless, the Globe clearly has national impact, as evidenced by its breaking the Catholic Church sexual abuse scandal. It also presented a devastating investigative series on philanthropy—one of the most devastating we have ever seen. Don’t we all deserve this kind of information? Such papers are key to informing democratic action.

This is not the first time that the Times Company has tried to sell the Globe. It also tried in 2009, but pension liabilities turned into a dealbreaker, leading to some speculation that perhaps the Times Company will retain responsibility for the pensions this time around. It is rumored that the Times already has an offer but if you move fast…

Writing for the Neiman Journalism Lab, Ken Doctor asserts that it is a good time to sell, as sales of newspapers have been brisk recently. However, Doctor focuses on the central question of who should buy the paper:

“How much will the Times Co. — which has been a good steward of impressive Boston journalism — use civic interest as a filter in its consideration of buyers? Dollars are dollars; it’s easy to pick the top bidder. If the payout were a little lower from a buyer showing the values and wherewithal to maintain the Globe’s public service mission, would the Times Co. opt for it? We can hope so. It would be its final act of Boston Globe stewardship, one the good citizens of one of America’s first cities will well appreciate.”

What about a nonprofit buyer? It would be interesting and possibly game changing. While many nonprofit journalism sites are struggling to build financial models and keep the portion of their revenue covered by philanthropy under control, the Globe’s revenue mix is non-philanthropic, though constantly changing along with the rest of the field. But without the need to make money for investors, any profits made could be plowed into innovation. It could be a grand investment. –Ruth McCambridge