What Arkansas Needs from Philanthropy AND Washington 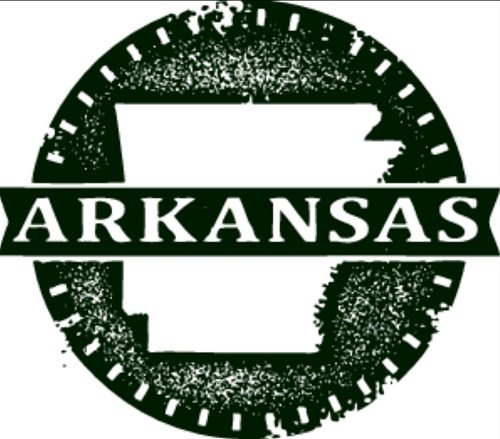 As nonprofit leaders, we tread lightly in our critiques of philanthropy and government because we rely on our cooperative relationships with both to get things done. But as Philanthropy Week kicks off in Washington, I’m struck by the similarities in what Arkansas and much of the country needs from both philanthropic leaders and politicians.

We all need more decisions based on data and less on ideology. We all need more stability and fewer quick fixes and constructed crisis. And finally, we need partners willing to truly listen to the needs of communities and partner with them to build better futures.

We need politicians and foundations to reign in the ideology a little and lead with pragmatic evidence-based reforms.

Arkansas has a rich history of nonpartisan progressivism. Thanks to Democratic and Republican leaders working together, we have one of the fastest improving education systems in the country. We are the only Southern state to expand Medicaid under the Affordable Care Act, using a private insurance marketplace designed by Republicans and garnering a 75 percent majority in our evenly split legislature.

But this progress is now at risk as Washington polarization follows Washington money and Washington tactics into Arkansas. Extremist groups are spending millions to deride our improving school system. They demonize a bipartisan healthcare law that insures over 100,000 families working in poverty.

Education is a great example. There are a hundred variants of educational salvation being hawked by foundations and politicians alike: wildly expanding charter schools, outright privatization—a different snake oil for every schoolhouse. The problem is that most just don’t work.

The facts are simple: We know that school structure (traditional, charter, private) has little impact on student learning. But we have mounds of evidence that data-driven reforms like Pre-K and parent involvement are the best way to improve our schools and give our kids better opportunities.

Real progress occurs not with silver bullets, but a holistic approach led by data and experience. The best performing districts in the U.S. and other countries with better performing educational systems provide early childhood education along with afterschool and summer programs, and they relentlessly improve teacher quality. They create parent, student, and community partnerships with schools; they fight child poverty and strengthen families. They believe in what works, not what their politics and ideology tell them to believe in.

In addition to facts, we need reasonably stable funding. We were once offered a $100,000 grant for one year to achieve unrealistic improvement in the economy of the Delta, an area that has been depressed for decades and was based on sharecropping and slavery before that. Another foundation sought major reform to the state’s education system in two years. And both foundations wanted the efforts to be led by low-income residents with little history of civic participation. We had to decline because we know from experience that entrenched problems like these require long-term, stable investments.

Some funders get the need for stable investment. The Marguerite Casey Foundation is at the forefront, and Arkansas’ Walton and Winthrop Rockefeller Foundations both get the value of long-term investments, but others still do not.

And Washington just isn’t built to deliver stability. The disruptions that occur when Congress can’t pass a farm bill or even a budget erode the ability of people to count on a hand up from their government. The recent shutdown was a huge burden on our state’s fragile economy, but the results were catastrophic for the families suddenly cut off from Head Start or food stamps. It’s hard enough to lift your family from poverty, but it’s almost impossible when Congress keeps changing the rules and creating storms.

Some researchers I know in Arkansas have to stop their work once a year, for months sometimes, to make an all-out push to get their line item reauthorized in the budget. It’s a huge disruption that hurts the talent pool they can attract, because who wants to work like that? Aside from members of Congress?

A final request: Please listen more. Our members in Arkansas know more than you think. They are interested in common sense solutions that work for their diverse communities. You will find them far less polarized than most politicians and foundations are—and that’s a good thing.

They are more than capable of digesting complex information, adding their own experiences, and making pretty great suggestions for reform. Some philanthropies do that too; Winthrop Rockefeller in Arkansas is one of the best. But others want to hire experts to tell us what to do, and then dress those recommendations up with listening tours, advisory boards, Astroturf organizing, or other methods of creating the appearance of listening without actually doing so.

Too many policies cooked up in Washington, or in foundation offices, are quite good at providing services while still not changing root causes. Food stamps are very effective at preventing hunger, but we also need proactive solutions to combat poverty. Other top-down solutions are completely off base; No Child Left Behind turned into No Child Left Untested while making the resources kids need even more inequitable and inaccessible.

True listening means true engagement, where the process is as important as the product. When communities see the actions of philanthropy and government are a result of their own actions, as something they have some ownership of, they will work harder to make it work. They will help you skip the 1,000 potholes you’ve never seen because you don’t live on their street. They consistently give course corrections and honest feedback early on, before an effort has derailed. Without them, we are flying blind, as smart as we may be, and we are flying solo, as strong as we may be. We are much stronger when we create collaborations with community, instead of programs for them.

We’re asking for decision-making that is data-driven, long-range in nature, and informed by partnerships with the communities we serve. We need it, and we look forward to working with you to make it happen.

Bill Kopsky is executive director of the Arkansas Public Policy Panel. The Panel is a 51-year-old 501(c)3 nonprofit that helps Arkansas families and residents improve their communities, develop policy solutions and, by taking collective action, build coalitions. The Panel is the organizer of the Arkansas Citizens First Congress, a coalition of 56 community organizations founded in 1998 as a 501(c)4 sister organization to lead progressive policy change in Arkansas. The two organizations’ agendas, elected by their members, include economic, education, environmental, and civil rights issues, as well as the promotion of civic engagement.